State of Origin for dummies 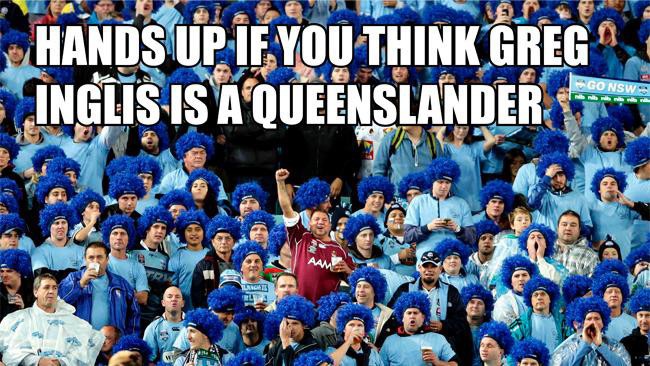 The time has come again for NRL fans to gear up for State of Origin 2015. The series kicks off next Wednesday. Described as the pinnacle of rugby league in Australia, the Holden State of Origin is an annual three match series that sees New South Wales and Queensland go head-to-head in the ultimate sporting rivalry. Many claim the series epitomises the country’s sporting passion – the first two games of last year’s competition drawing 8.2 million viewers. Next week will be the first time NSW has played for a back-to-back win since 2003. What does that mean? Regardless of your social circle, sporting preferences or lack thereof, you are going to hear about this year’s State of Origin loud, clear and repeatedly.

Wherever you are next Wednesday, there is a good chance you’ll find yourself with or around people who are drinking beer, chanting and screaming profanity. So if you think a bleeding nose means something went wrong, or you’re still trying to work out what kind of a maths ratio a 40/20 is, then we suggest you study the infographic and swat up.