Shutting down the Shoalhaven Paper Mill 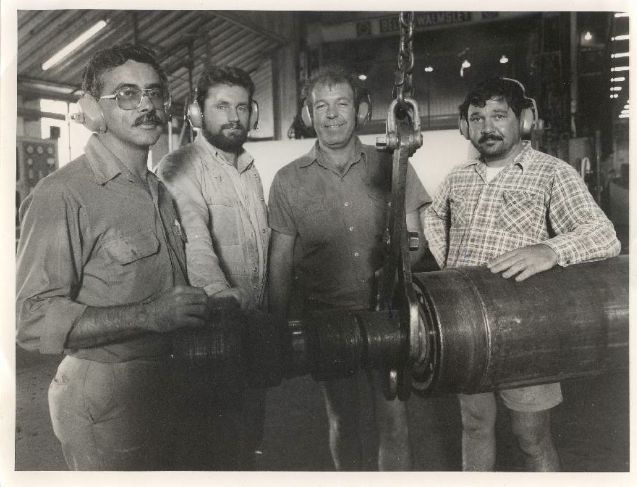 The long awaited decision to shut down the Shoalhaven’s Paper Mill machines on August 28 was made yesterday.

Operational since the 1950s, the Shoalhaven Paper Mill has provided valuable employment to the region and it reamins the only manufacturer in Australia of security grade papers. Seventy-five employees will be made redundant when the mill closes, adding to the loss of over 10,000 jobs in the Shoalhaven and Southern Highlands since September 2013.

“This is a devastating blow to the 75 workers at the mill, and the broader Shoalhaven community. It will result in the loss of 150 flow-on jobs and $20 million in regional household income in the local economy,” Australian Paper’s Chief Operating Officer Peter Williams told the Sydney Morning Herald.

Talk of the shut down have been around since December last year, and, according to Nowra sub-branch secretary of the Construction, Forestry, Mining and Energy Union’s Pulp and Paper Division Jack Evans, the decision has brought closure to the workers and their families.

“The guys have been waiting for that date so they can move forward, but again, now that we have got that date it becomes a funnel situation where we’re going to be working to a deadline now. A time that we won’t be here anymore,” Mr Evans told ABC News.

Mr Evans has been working with a number of local businesses to secure employment for the mill’s employees. Mr Evans remained hopeful the workers would have no problem locating work after the paper mill’s closure.

“We will still have a large number of highly skilled employees seeking employment in the local area and we would love to hear from any local businesses which may have jobs,” he said.

“They are a dynamic workforce, highly skilled in a number of areas and proven, reliable workers.”

With orders until the middle of July, the Shoalhaven Paper Mill will continue to work and fulfil requirements, although the company reports its impending closure was due to a significant drop in demand for security grade paper.

“The mill was the only producer of security paper in Australia. Once it is closed, all security paper used in Australia will have to be imported,” Secretary of the Pulp and Paper Division with the Construction, Forestry, Mining and Energy Union Alex Millar told the Sydney Morning Herald.

Image courtesy of the archives of the Shoalhaven Historical Society

Image courtesy of the archives of the Shoalhaven Historical Society.