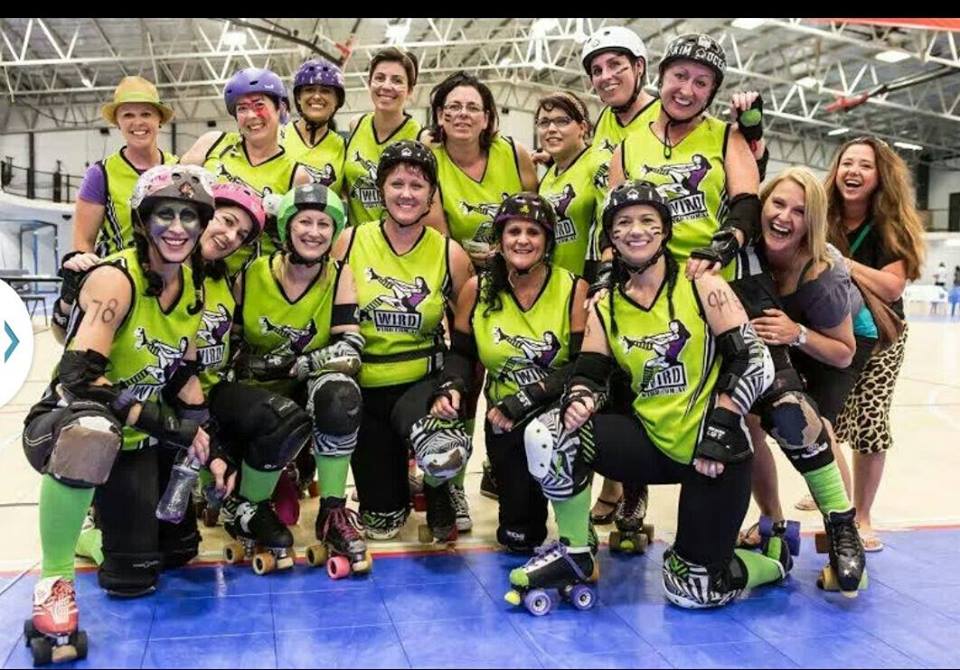 It all started back in 2009, when a group of girls came together and decided they wanted to learn how to roller derby. They taught themselves to skate in an empty car park.

Wollongong Illawarra Roller Derby (WIRD) was one of the first leagues to emerge in Australia, and has grown from humble beginnings.

“It’s about team work and control and skill and fitness, and has the most amazing community of people from absolutely every walk of life,” President of WIRD Carlie Boyton, or ‘Ziggy Starbuster’, said. For her, it was a love story waiting to happen.

“I have always loved rollerskating. I saw a cartoon with Mickey Mouse on roller skates when I was four and remember asking my mum for a pair of those shoes with the wheels,” Boyton said.

“So the obsession with skating started early.”

From the moment she watched her first match, she found herself immediately drawn to the sport. “I fell in love with Roller Derby the very first time I saw it,” she said.

“The Unicorns from Sydney Roller Derby League came to play the local Steel City Derby Dolls at the uni, and I remember thinking, ‘I’d be freaking awesome at this’.”

VIDEO: Our 2009 story on WIRD from the UOWTV Multimedia archives – reporter Emma Kucelj.

While it’s not a mainstream sport, Roller Derby has its own appeal. Today, it’s played by over 1,400 amatuer leagues around the world – and not all of them are women.

“I think it’s one of those sports with a bit of a glamorous past. That intrigues people,” Boyton said.

“Though modern roller derby barely resembles what they played in the 70s people have all sorts of ideas about what it is. These days it’s becoming less and less about face paint, fishnets, hot pants and chicks smashing each other and more about strategy and athleticism. We’ve all still got a cheesy Derby names and I still like my hot pants.”

WIRD hopes the crowd turnout will continue to grow as awareness of the sport increases. At the moment, they are training hard for round three of the 5×5 Roller Derby Tournament this Saturday, where they will be facing off against Varsity Roller Derby Leagues ‘Vice City Rollers’, from Canberra. Derby TV will be live streaming the game at 1pm on Saturday.

The team is expected to do well in the tournament, and its eyes are on the Eastern Region Roller Derby Smackdown, a three-day tournament over the long weekend in October.