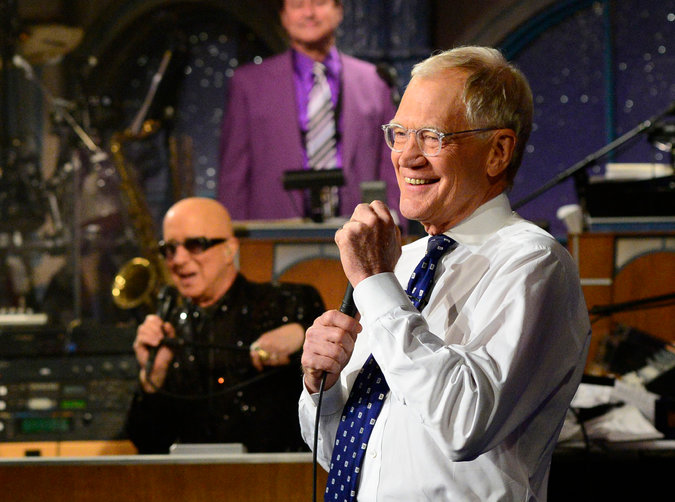 After 33 years of iconic television, David Letterman has bid farewell to his late-night slot on CBS. Letterman taped his farewell episode of “The Late Show” on Wednesday afternoon before the Foo Fighters closed the show. Details of the show have been kept under wraps by producers but rumoured celebrity guests include Steve Martin, Chris Rock, Tina Fey, Jerry Seinfeld and Jim Carrey.

Letterman announced his decision to leave the show in April last year. His successor, Stephen Colbert is moving from Comedy Central to take over “The Late Show” this September. Letterman gave Colbert his best wishes. “I’m very excited, I think he’s going to do a wonderful job and I wish Stephen and his staff and crew nothing but the greatest success.”

The 68-year-old host debuted “Late Night with David Letterman” on NBC in November 1982, then left the network for CBS to start “The Late Show with David Letterman” in August 1993, where he has hosted ever since. Letterman holds the longest tenure of any late night talk show host in U.S. television history – a record 33 years, 6,028 shows, 19,932 guests.

A slew of fans and celebrities have taken to Twitter to air their sadness about the departure, with #ThanksDave trending worldwide.

One of the coolest moments of my career. Long live the king yo @letterman pic.twitter.com/5KfQdFayxM

David @Letterman is the best there is and ever was.

It’s absolutely absurd to thank David Letterman for all he’s done in a tweet. But that’s the world we live in now. #ThanksDave — Conan O’Brien (@ConanOBrien) May 21, 2015

Even Barack Obama had kind words for the long-running host

TV won’t be the same without Dave. pic.twitter.com/9q5NHTf3b5

Letterman has been hailed as a “legend” by Rolling Stone magazine: “After getting noticed by Johnny Carson and making a fan out of NBC bigwig Fred Silverman, however, David Letterman found himself taking his goofy antics to a 12:30 a.m. time slot — and thus, a late-night TV legend was born.”

Despite his undeniable popularity and success, Letterman hasn’t been without his own scandals. In 2009 the he admitted having an affair with one of his female staff. The woman’s boyfriend then allegedly tried to extort Letterman for 2 million dollars in exchange for his silence. Letterman’s on-air apology to his wife, Regina Lasko, was a rare peak inside his private life.

David Letterman’s direct competition in recent times has been Jimmy Fallon and Jimmy Kimmel, and Letterman denied retiring due to the rivalries, telling the New York Times “I’m 68. If I was 38, I’d probably still be wanting to do the show.”

Kimmel has even gone so far as to thank Letterman for kick-starting his career. “The reason I have this show is because the executives at ABC saw me when I was a guest on Dave’s show — and hired me to host this show. So I want to thank Dave and his writers and producers.”