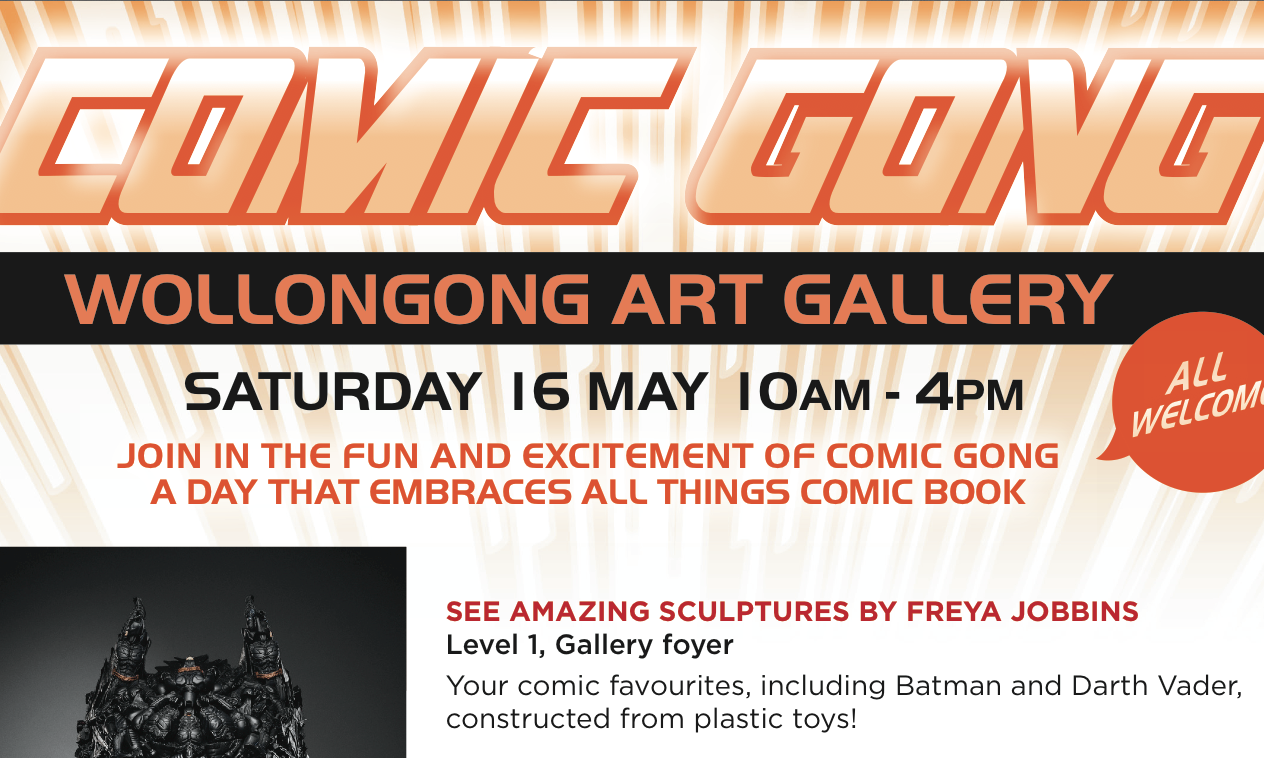 Ready the bat mobile, and don the latex –Comic Gong is back. Wollongong Art Gallery will host the fantasy festivities on Friday and Saturday. The festival was created by Wollongong City Council to promote local comics and pop culture.

The exhibition will feature sculptures, mixed media artworks, and a workshop for people to create their own superhero mask.

Program Director John Monteleone and artist Bill O’Donovan will discuss the history of comics and their cultural impact.

“The [comic] fandom started in the late 1950’s to early 60’s, and you know those 50 and 60 year olds now have continued to be comic fans throughout the years,” Mr Monteleone said.

“So you’ll see at Comic Gong there will be a lot of younger people, but also older people spanning from that demographic.”

Mr Monteleone said the event would bring together people of all ages and hopes it would encourage the public to visit the gallery more often.

“Our association with Comic Gong is really important to us because it allows us to tap into another audience,” he said.