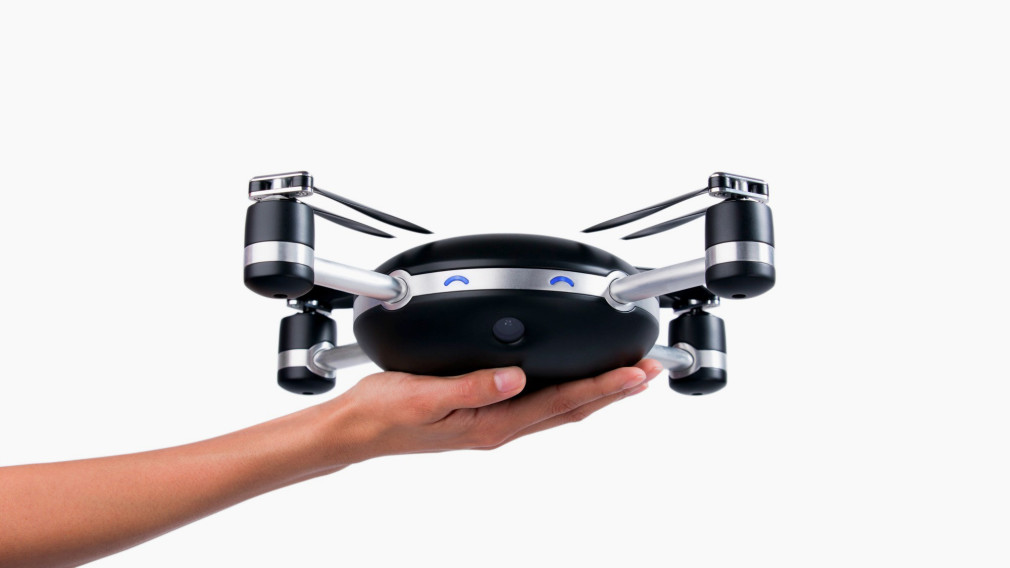 An innovative new product was introduced to the drone market yesterday, combining the concepts of the GoPro and Selfie Stick with UAV technology. Lily, popularly dubbed “the selfie drone” was unveiled to the world with a beautiful promo video, reminiscent of the excitement produced by the first GoPro promo video. The video accumulated just under 200 000 hits in 48 hours.

Lily’s most distinctive feature is her controls, or lack thereof. Unlike most other commercial drones on the market, which use sophisticated radio controllers or smartphone apps, Lily operates almost entirely automatically. The lack of a manual control option restricts the drone functions of the device, tech magazine Wired explains that “It’s not the future of drones; it’s more like the future of the point-and-shoot. And it can get shots your selfie stick couldn’t even imagine”.

The drone keeps its subjects in frame through the use of a small, puck shaped tracking device kept on the Lily’s operator. PC World Australia claims “The puck also attempts to figure out when its user is doing something particularly spectacular, like a jump on a bike or a flip on the ski slope, and then switch the camera to the slow motion mode automatically”.

Whilst the prospect of a widely available, entirely self operated UAV is extremely exciting, the selfie drone, which is set to ship in February 2016, is not without its bugs. The Guardian US‘s Sam Thielman tested the product with Lily CEO Antoine Balaresque, 24, discovering several issues that the prototype is still facing.

“As a user, you’d use it in outdoor environments like an open snowboarding run or surfing or a soccer field,” said Bradlow.

“We’re hoping to introduce this in later versions of the product.”

The Lily Camera has started taking presale orders for AU$529, ahead of a AU$1089 price tag when it goes on sale next year.