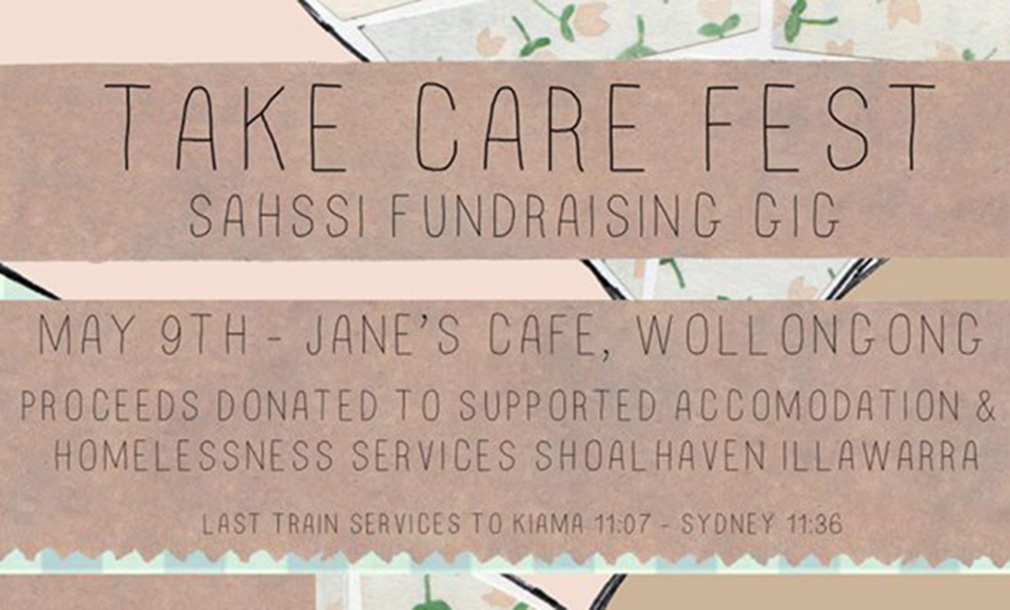 The University of Wollongong’s Feminist Society (FemSoc) has announced the Take Care Festival to raise money for women’s shelters in the Illawarra.

FemSoc aims to give students a chance to participate in feminist activism, raise awareness of feminism, as well as offering a safe, social space to discuss feminist issues – all of which are evident in this event.

Organisers Jessie Hunt and Belinda Quinn aim for the Take Care Festival to be a safe space for all women and queer-identifying people.

“We’re sending a message that sexism has no place in Wollongong’s music scene; it’s a lazy, out-dated way of thinking,” Quinn saidin an interview with the Tertangala in April this year.

“We need to provide safe and inclusive spaces for queer and women-identifying people to go out and enjoy music without worrying about harassment, sexism, queerphobia or violence.”

“We’re really hoping to make a safe and fun space for those who are denied that experience,” Hunt said.

Artists set to play at the event (with set times, pictured right) strongly support the cause.

Scabs have a track on the Chicks with Picks Bandcamp website. Chicks with Picks aim to put on events for woman-fronted acts. Their goal is to encourage more women performers to get up on stage and to provide a network in which they can flourish.

Carrie Brownstein, a member of the band Sleater-Kinney, discussed frustrations faced on a daily basis as a female member of a band. She said all or mostly female acts can be treated alternatively as ‘girl bands’, instead of just simply taken at face value. Brownstein said she was repeatedly asked what it feels like to be a woman playing music by interviewers, and that it was frustrating because male musicians’ validity is never questioned because of their gender.

The festival will run a  Safer Spaces policy that aims to be completely safe for everyone all of the time. There will be two designated Safer Spaces volunteers working on the night (identified by purple badges) to assist with any person feeling unsafe or uncomfortable.

The Take Care Festival is on at Jane’s Cafe in North Wollongong this Saturday, 9 May, from 2pm.