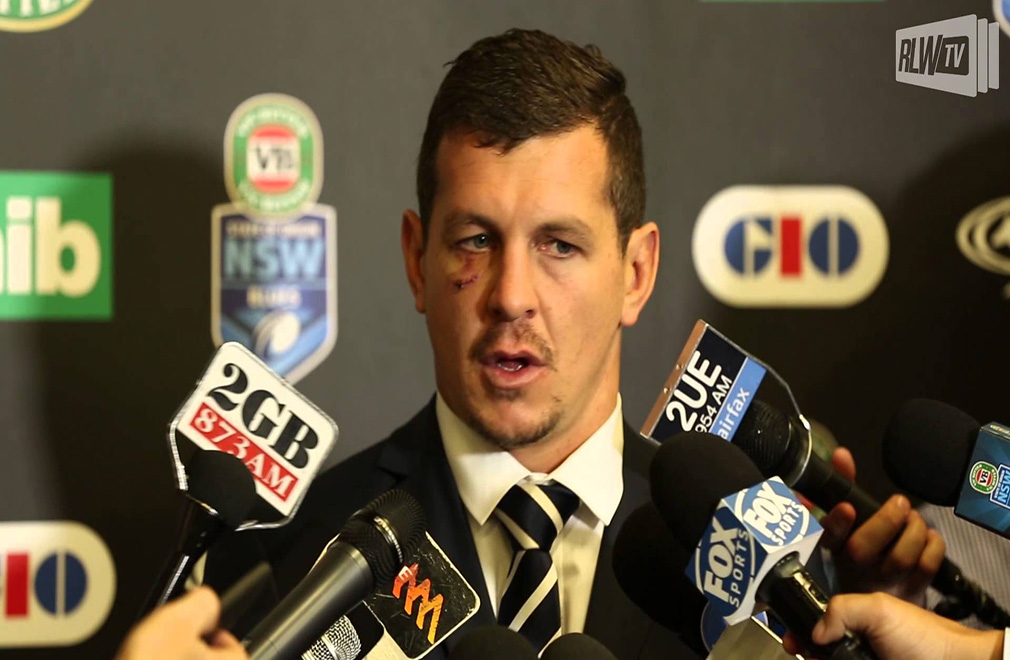 Gold Coast enforcer Greg Bird has been slammed with an eight-game ban killing any hope of a State of Origin appearance. The NRL reported that the judiciary deliberated for just nine minutes before they upheld Bird’s grade two dangerous throw charge for his lifting tackle on Kiwi winger Jason Nightingale in the Kangaroos’ Test loss on Sunday.

Bird declined to comment on the ruling but Titans coach Neil Henry expressed his dismay with the decision. The Sydney Morning Herald reported that Henry said: “We’re very disappointed in the outcome. We thought we mounted a strong case for a downgrade from a grade two to a grade one and we thought we had evidence to prove that. Unfortunately, that wasn’t the case with the judiciary.”

“As a club we’re very disappointed to lose the services of Greg for an extended period of time now, but we accept we had a fair hearing in there,” Henry said.

Good job #NRLJudiciary on the 8 week ban on #gregbird. There is no place for that crap in our game given what happened to Alex McKinnon

@abcgrandstand A footballer who glassed his girlfriend in the face shouldn’t represent his suburb let alone his state #GregBird #Origin — DavidW2035 (@DavidW2035) May 6, 2015

#gregbird the sooky face said it all. 4 throws in 12 months and your surprised. Wake up to yourself.

The ban has ensured that Bird will now wear a badge far less honourable than his Kangaroos’ jersey or now-stripped Titans captaincy. The ABC reported that since his NRL debut in 2002, Bird has now been outed for a total of 29 matches, making him the third most suspended player since the NRL was formed in 1998.

The Daily Telegraph has listed all of Bird’s suspensions:

– In 2004 Bird was slapped with a ten match suspension for striking and a three match ban for a dangerous throw.

– In 2005 a dangerous throw saw Bird receive another two match ban before he went back to striking and cop a one match ban in 2011.

– A further three matches were added to his suspension record when Bird was charged with two more dangerous throws.

– Now in 2015 Bird has thrown his name in the record books for his latest eight-match suspension.

Bird is next eligible to play for the Titans in the round 19 fixture against Newcastle at Hunter Stadium. What do you think of Bird’s suspension record? If you want to join the conversation ABC Grandstand are polling the NRL’s baddest man.