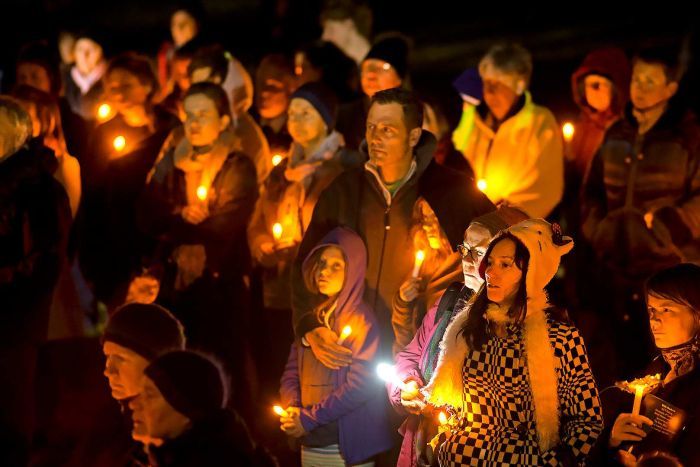 Candles lit up Brisbane, Canberra, Melbourne and Western Sydney last night as hundreds gathered to remember those killed by domestic violence. During the solemn remembrance, the underlying message was clear: the number of violent female deaths has reached epidemic proportions and the community should be angry.

Domestic and family violence is the single greatest cause of death, injury and disability for women under 45 in Australia. Two women are killed every week by a partner, ex-partner or family member. Thirty-four women have been violently killed so far this year.

Australian of the Year Rosie Batty told the Melbourne gathering we should be ‘outraged’ and ‘furious’ by the statistics.

“I can speak and I have spoken many times over the last 12 months, but I am very very moved tonight, because we’re here, because I’m one of those names, my son died because his father killed him as his final act of power and control,” Ms Batty said.

Prime Minister Tony Abbott has announced the creation of an advisory panel to prevent violence against women, and a national action plan to be implemented over the next four years.

Experts say the cure for this epidemic needs to go further than tightening laws and victim support.

Long-term change on family and domestic violence must come from addressing and changing mens attitude towards women.

Danny Blay, a family violence prevention consultant and former executive officer of No to Violence, says community engagement is just as important as short and long term government initiatives.

“When talking about preventing violence against women I think it’s really easy to talk about law and order,” he said.

“It’s much more difficult to plough through and unpack all the motivations, the attitudes and beliefs of men about women, about relationships and about entitlement.”