#HelpBakriFindHisBro: UOW students and local business get around campus Bromance on UOW Buy and Sell 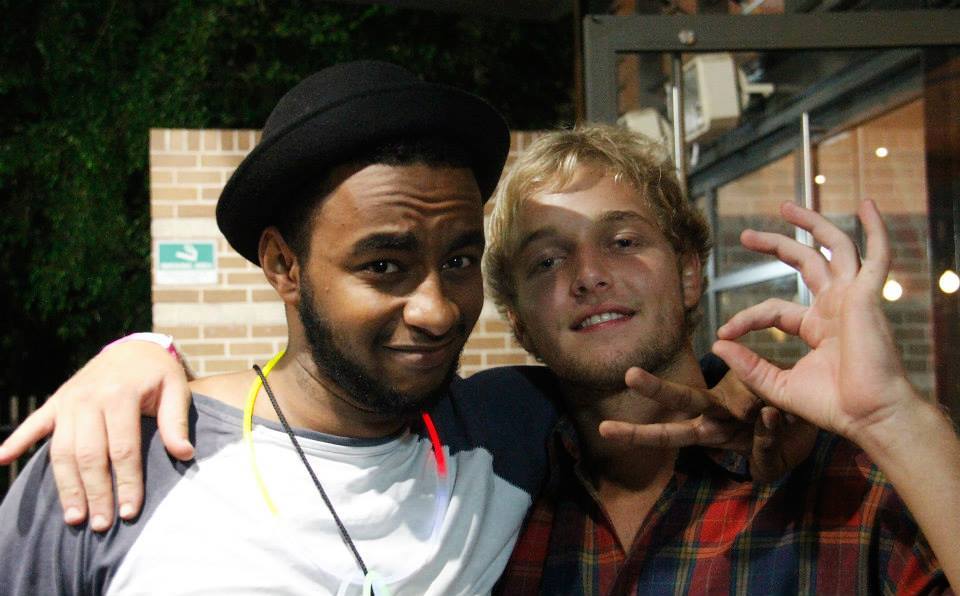 UOW student Bakri Mahmoud made the ultimate bromantic gesture yesterday in a call out post to a mystery ‘bro’ via the renowned UOW Buy and Sell Facebook page.

The post showed a photo of Bakri and another blonde student in a friendly embrace. The text simply asked the group if anyone knew the blonde guy because Bakri had met him twice but never got his name or contact information.

The post said the two met after Bakri randomly asked the other student to help him fix his Go-Pro case, thinking he was an engineering student. Bakri wrote: We then got to talking and became immediate best friends. Honestly, we just connected, like we’d been bros for years.

The mystery bro apparently told Bakri on their second encounter that the conversation had meant so much he had even told his mum about it.

When Bakri posted the message to Facebook before he went into class, he didn’t expect the reaction he received by the time he came out. Hundreds of UOW students had liked the posts and sent comments of luck and well wishes.

Even the manager of HostageX nightclub in Wollongong, Esi Taukiuvea saw the post and was so touched he offered the bros a $150 bar tab when they were finally reunited. “It’s warming and refreshing to see something so positive on social media. I love the brotherly love element, that’s so rare these days,” Mr Taukiuvea said.

“That’s why I felt I should offer what I can to give these two ‘bros’ some everlasting memories over a few beers.”

Luckily for the pair #HelpBakriFindHisBro started trending and the mystery bro, Pete Beaufils, was soon tagged in the comments.

“I didn’t expect such a reaction. I saw everyone commenting and loving it. And the hashtag was trending. So that was pretty intense,” Bakri said.

“I am transferring to UTS and I had honestly been wanting to run into him again. My friend suggested I put it on [UOW] Buy and Sell, because he thought it was a cool story, so I did and it worked.”

Bakri said they agreed on many philosophical issues and talked about the good and bad things in each others lives.

“It’s weird, we were sharing and opening up. He’s just one of those people that gets it. You don’t feel like you have to explain it to them: you say a thing and they get it straight away,” he said.

The bros were reunited last night to catch up after what is clearly the perfect beginning to a beautiful bromance. #BakriFoundHisBro