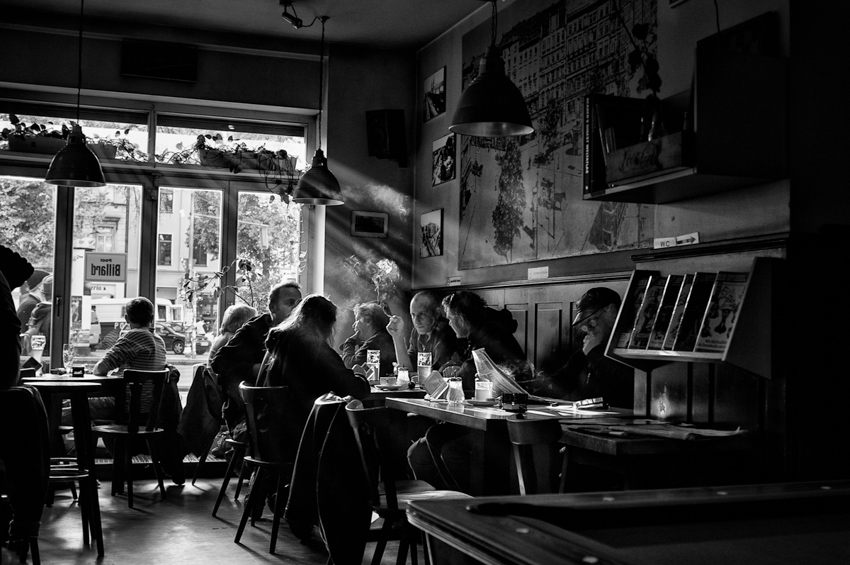 While Howling Wolf Bar in Wollongong’s CBD is better known for its jam nights and jenga tournaments, it will host a different kind of spectacle for the next month. The ‘EU Street‘ photography exhibition will be at the venue throughout May. It is photographer Paul Trujillo’s debut collection of work, and showcases a series of photos taken in European cities in the second half of 2013.

While most street photographers would focus on the street art and underground culture that is commonplace in cities such as Berlin and Amsterdam, Trujillo’s work moves away from the cliche. The work adopts the ‘slice of life’ approach. Trujillo’s photos capture day-to-day life of the people who inhabit these cultures.

The launch event for the exhibition is tomorrow night, and will feature music from local acts Hustle Mama and Reactionary. The collection is on show 31st May. For more details visit the event page.