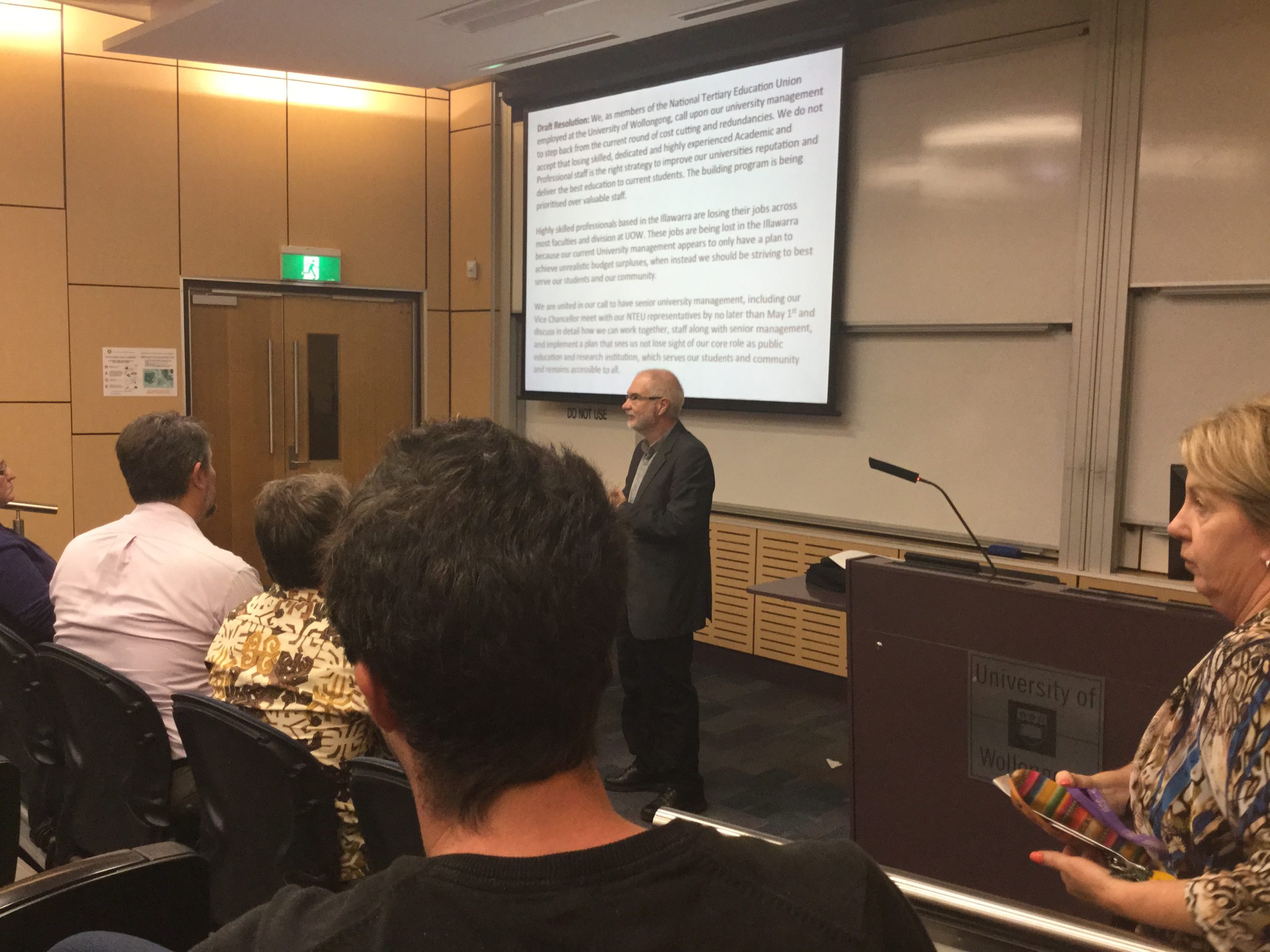 Universities across Australia are facing a possible 20 per cent funding cut in the midst of rising student numbers and increasing staff redundancies, according to unions.

The National Tertiary Education Union held a meetung at the University of Wollongong today to discuss the implications of possible funding cuts, as well as the potential deregulation of university fees.

Speakers at the union meeting claimed deregulation could see the HECS fees grow by 10-15 per cent.