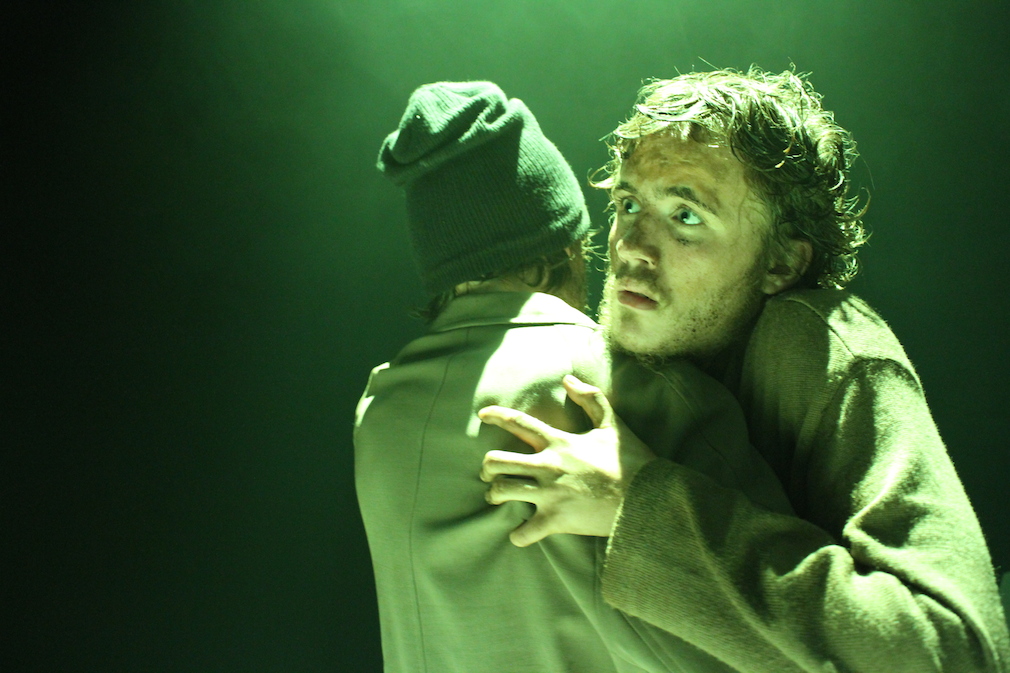 University of Wollongong creative arts students are preparing to head overseas to showcase their new work at a festival in Singapore.

The Bachelor of Performance students will take part in the Festival of Student Theatre at La Salle in early June. The double bill, Duet & Bogey Man, are short plays by Daniel Keene, and are directed by third-year student Mark Churchill.

The performance students are looking for support to help fund the trip, which is they claim is a huge opportunity for them and the university to create stronger relationships in the international performing arts industry.

“The scripts were so bare, they had minimal stage directions and no characters, and just kind of lines, so, yeah, it was lots of fun filling in the gaps.”

Mark Churchill has received a rare opportunity for an undergraduate student making his directorial debut. His piece, put together as an extra project for uni, has been chosen for the Asia-Pacific Bureau’s Theatre School Festival in Singapore.

“It’s a huge opportunity and a real honour. I’m still in my undergraduate course, and to go overseas and represent the university with a show I’ve directed is, like, a humongous honour.”

The performance is a coupling of two Daniel Keene plays, Duet and Bogey Man. Both deal with the theme of relationships, and the complications that arise in them. Along with directing, Mark also designed the soundscape, set and costumes.

Duet looks at two homeless men living in a sewer, and the desire that begins to develop between them.

“They’re suppressed by masculinist codes, so they can’t express anything for one another and it’s about jarring relationships and how they try and survive, and really explores the breadth of what a relationship is.”

Bogey Man looks at a man and wife on a farm, at the moment the woman suffers a miscarriage. UOW performance student Bernice Mumbulla plays the distraught wife. She interviewed many women who had experienced this tragedy to understand her character.

“For me, doing scene one where the miscarriage has happened, I don’t really think I do it justice enough, because I have not experienced it, but it just tears me apart every time I do it.”

Bernice never expected that she would be going to Singapore with the show, as she originally didn’t even consider auditioning. She had been at the auditions as Mark’s assistant.

“And so like, I sat in on the auditions with him, and Adrian had no one to read with, and I was like ‘Oh, um, I’ll read with Adrian then and that will be, like, my audition’, and I did it as a joke.”

Along with Mark and Bernice, three other actors, Liam Megarrity, Simon Arthur and Adrian Tolhurst, will be flying to Singapore at the end of Week 13. UOW performances of Duet and Bogey Man will run Monday, Tuesday and Wednesday nights of Week 13.