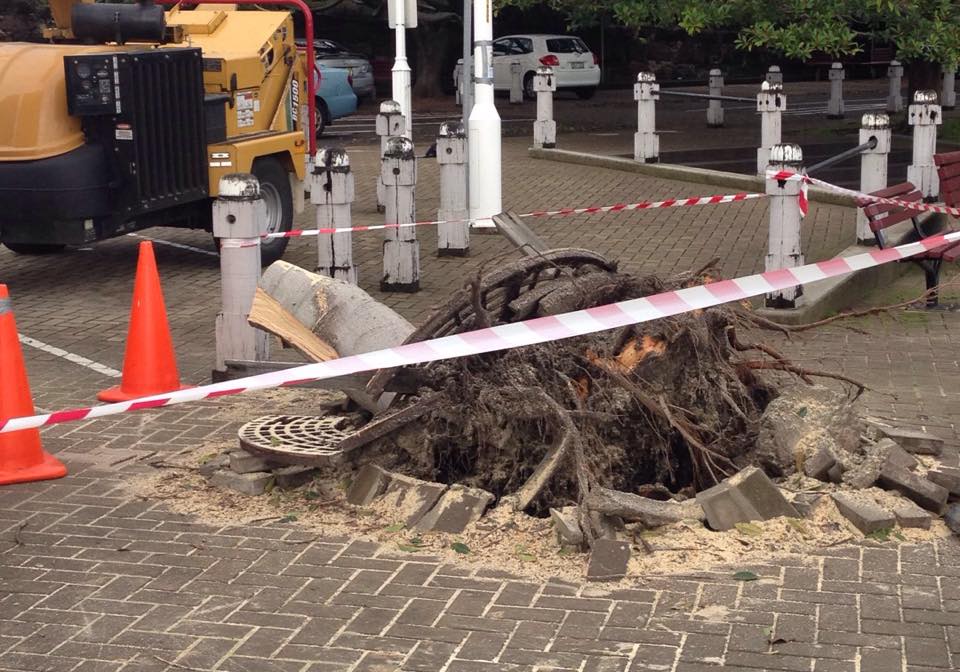 One of Wollongong’s best loved trees has been uprooted in Belmore Basin during the region’s recent wild weather.

The 200 year-old fig tree came crashing down into the harbour-side car park in the early hours of Wednesday morning, ripping up the concrete and metal grating that covered it.

Tree removalists on the site say its un-doing was due to a short root ball, as the previously relocated species couldn’t attached itself to the foundation enough to survive the gale force winds.

Locals walking past expressed their disappointment at the now empty waterfront location, voicing concerns for the future of the popular spot.

Antonio Nardi has lived in Wollongong for over two years now and says he will miss the peacefulness of the place.

“I always come down here and sit under the tree and relax and now it’s gone,” Mr Nardi said.

Excavators are due to clear the remains of the stump this afternoon, and plans for another floral focal point are under way, much to the delight of residence.