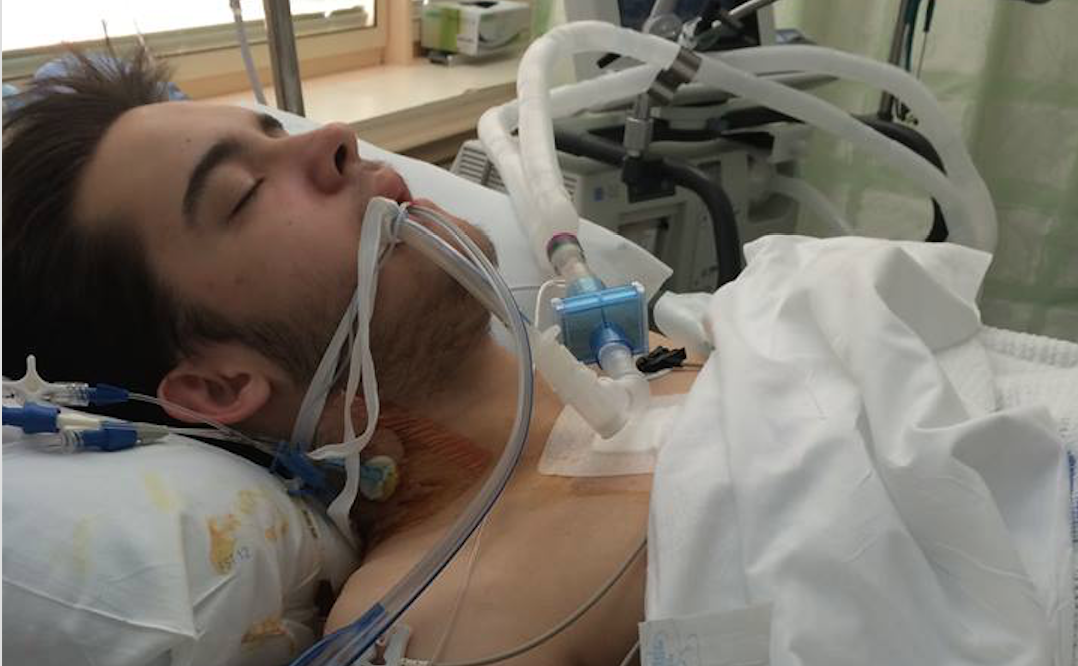 One year ago today, I woke up at 5am in a dark hotel in the wing of Westmead Hospital. The suppositories I “took” the day before had kicked in and made for a clean internal system for the events of the day, March 25, 2014. Sneaking out of the room with mum and dad, we headed to the surgical ward of Westmead for the nurses to take me in at 6am. In the waiting room, my mum sat holding my hand quietly, her sweaty nervous palms clenching mine, her heartbeat pulsating. And she had good reason.

For 17 years, she was told this was going to happen, that this day would come, and now it was here. March 25, 2014, was the date I was having a third round of open heart surgery. Endocarditis was the technical term, but, in layman’s terms, it means clogged pipes in the heart. I am usually quite a level person when it comes to anxiety, never really getting excited or nervous about anything in life. Even when I went into hospital and was put on penicillin for two months and confused doctors over what was happening internally, I was calm and collected, albeit bored by the poor selection of TV channels and the company of octogenarian men and women around me. Even as I laid in the hospital bed, donning a backless robe, when the wardsmen shaved my chest hair and the top half of my pubes. It gave it a look of what I called the Larry from the Three Stooges. Even with this embarrassing downstairs haircut, I remained calm and jesting to my Mum. But when the anaesthetic was administered, via needle into my ass cheek, it hit me. This was happening, now, to me. I had regrets on times I never talked to people, or never chased things up, or on things I did.

But, I never regretted not doing things, because I always enjoyed not doing something. What scared me most was I could die and have left things unsaid, and the reality of this hit me hard. Luckily, it didn’t last long and I was out cold.

I woke up, according to my parents, many hours later in the same afternoon. With me were doctors and nurses and my Mum and Dad who had waited bedside. From what I recall vaguely and my parents have told me, I had this small exchange with a doctor when I woke up.

Doctor: “Maybe not right now, but soon when your chest heals.”

Me: “That’s good, because I couldn’t before.” Then I passed out, from a mixture of drugs and exhaustion.

My parents knew from here that I was going to be just fine, as the same lame joker that went in was the same lame joker that came out. The next couple of hours of my life were heavily drug-affected and consisted of me rambling to my dad and brother about the hallucinations I was having, while being fed ice cubes by dad. These included the pool boy (we don’t have a pool boy) bringing flowers and me arguing with Dad on what time it was as it was light and therefore day (actually night-time and bed was beneath a halogen light). I knew these things weren’t real, but only when I snapped out of them.

My father, being the empathetic man he is, picked this already difficult time to play jokes on me, by slightly pulling the spoon he was feeding me with away from my mouth as I leant forward to eat. Not able to comprehend why the ice wasn’t in my mouth and already pretty heavily drugged up and incredibly tired, I was brought to near tears as my Dad stood laughing at his genius. And it was, he had gotten me good. I call it even, with the amount of hair he has lost over the years of raising my brothers and I. As family members poured in, two at a time, to stand and talked to a drugged up, mumbling idiot, I laid looking back at them, struggling to focus all whilst mumbling politely and nodding. This day ended quickly for me as I wasn’t awake for much longer, due to the combined effects of drugs, exhaustion and my body working to fix itself.

One of the most confronting parts of the post surgery stuff was the removal of tubes from myself. Just below my ribs two clear tubes the size of garden hoses exited my chest. And in what I will describe as the worst magic trick ever, 20 and 30 centimetres of plastic tubing came out of me, soaked in my blood. This was done under heavy drugs, but I still remember it happening clearly, as I was in awe of how much was inside. The other difficult part was the 2 weeks I spent recovering and rebuilding my chest muscles, just so I could stand and move my arms. My torso hurt to move, and walking down the hall quickly became the idea of a strenuous exercise. The exercises burned my chest and I was unable to shower for five days. I was stuck sitting in bed with a catheter and a bed, without TV or WiFi, and was awoken every day at six o’clock to make sure I was alive. My company were octogenarian men who thought it was a crying shame that I was with them in such shape. It is fair to say, I was determined to not spend any more time in hospital.

The only good things were the friends and family who visited (Shout out to Courtney), and the free chocolate milk in the afternoon. Pushing through the exercises, walking many laps of the hospital floor, stretching and resting became my life for two weeks. I was deemed fit to leave hospital and went back home, tired and sore, but alive. I lived. And if you asked me a year ago what I would see myself in a year, I would have had no idea, mumbled a little, then passed out again. Luckily, I am at university studying a subject I love and writing these posts for people who are interested in my story. I learnt you should never regret doing things you enjoy, even if everyone else says they are a waste. Life can slip away at any moment, and it is better to not have stones unturned and things undone. If you want to know what happen, in surgery or why I needed surgery, don’t be afraid to ask me. I am more than happy to talk about it, I won’t be offended promise.

Ed’s Note: Riley is a first-year journalism student and these are his words. We at UOW are happy to have him within our ranks – shocking jokes and all.