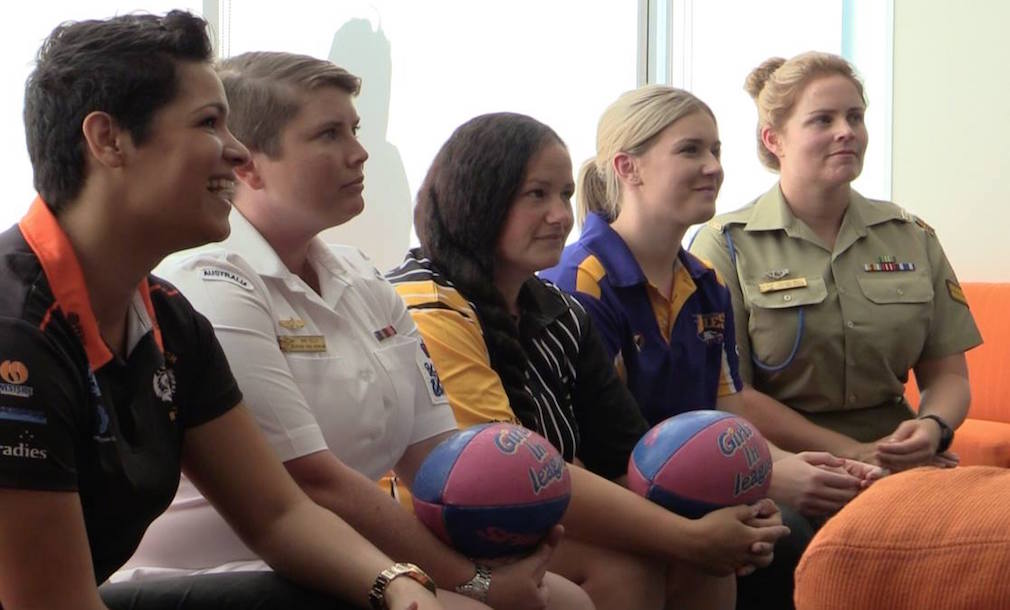 The Women in Defence Illawarra rugby league kicks off this weekend, with four teams tackling for the cup.

Teams from Helensburgh, Corrimal, Berkeley and Windang Juniors clubs have entered, with over 100 women aged 16 and over playing.

Competition sponsors Defence Force Recruiting have rebranded the league this year as part of a new marketing strategy aimed at attracting more players.

Manager Chris Bannerman said the increased participation also has something to do with the exposure women’s rugby league experienced last year.

“In 2014, four girls from our competition, all from the Helensburgh club, were selected to play for the Australian Jillaroos against New Zealand Kiwi Ferns at WIN Stadium as a curtain raiser to the Australia vs. Samoa in the Four Nations,” he said.

Bannerman said women shouldn’t feel intimidated by the sport, as the league not only hosts International and NSW Origin players, but mums, sisters and aunties who, traditionally, had only experienced the sport from the sidelines.

“I think girls who want to take on a new challenge in sport should consider rugby league, as we offer viable competition, representative football pathways, and the unique social environment that sporting clubs can provide,” Bannerman said.

Helensburgh Tigers captain Jasmine Sarin had not considered rugby league until it was recommended to her by a friend.

“Needless to say it was one of the best decisions I’ve made. I love it when I tell people I play women’s rugby league, because automatically they think stocky, big, mean and aggressive women running at you like a freight train, and I must admit I had the first same thoughts,” she said.

“But when I turned up to my first training session I looked at my team and was like “what the?”. We had a very fit, lean squad of athletic girls looking for a better challenge.”

Round 1 of the competition begins Saturday – Windang vs. Corrimal kicks off at 2pm at Boronia Park, with Helensburgh vs. Berkeley making contact at 4:45pm at Rex Jackson Oval.

Photo: Players and representatives at the Women in Defence Illawarra Rugby League season launch on Wednesday. Accreditation to Jordan Matthews