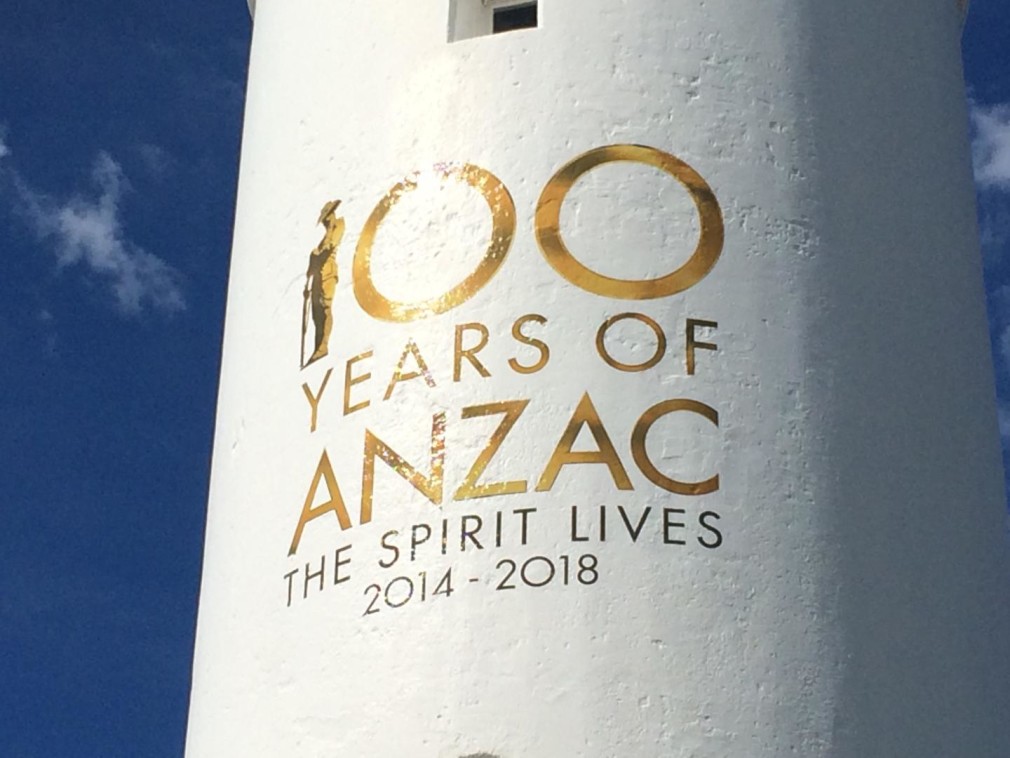 The Centenary of ANZAC Logo was unveiled on the Kiama Lighthouse today.

The logo has sparked some controversy, with some fearful it would leave a permanent mark. The Lighthouses of Australia organisation said the logo could set a “dangerous precedent” for more than 360 lighthouses across Australia.

Kiama-Jamberoo RSL Sub-Branch President Ian Pullar said it was a plastic transfer which could be removed without leaving anything that would damage the structure. The memorial also passed a Kiama Council visual impact analysis and was the subject of community consultation.

Mr Pullar said the lighthouse, which is visited by hundreds daily, was an ideal platform to communicate the ANZAC Centenary message.