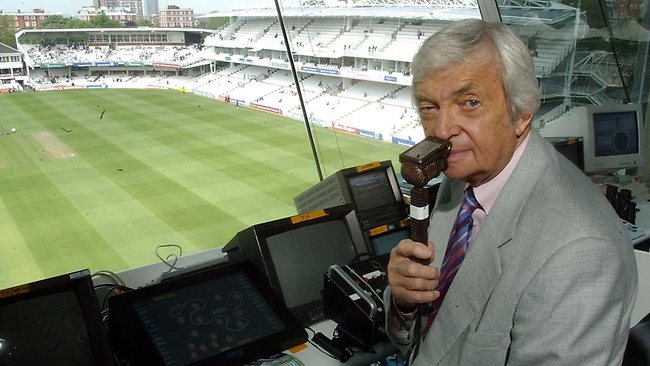 Growing up in Australia, the voice synonymous with the summer of cricket was that of Richie Benaud. That voice has now fallen silent. The international cricket community lost an icon of the game on Thursday night with the passing of the beloved commentator and former Australian Test captain. Regarded as the voice of cricket in Australia, many young cricketer’s childhood memories are accompanied by the man simply known as ‘Richie’. He was a shrewd leg-spinner, attacking lower-order batsman, and played 63 Test matches for Australia, taking 248 wickets and scoring over 2000 runs.
However, it was what followed his stellar playing career that saw Benaud most celebrated. As the ‘captain’ of the Channel Nine commentary team he became one of the most popular men in Australian cricket.
In the late 1950s, Benaud spent close to a month studying television broadcasting with the BBC, and it turned out to be the one of the most influential decisions of his life.
Benaud played a significant role in Kerry Packer’s innovative World Series Cricket phenomenon, commentating in the first series in 1977.
From that day, Benaud became one of Australia’s most prominent cricketing figures.

For me, as a young cricketer and a journalism student, Benaud’s legacy is substantial.

A host of Australian cricket fans dress up as Richie during the summer armed with their bone blazers, grey wigs and microphones.

From Billy Birmingham’s ‘The Twelfth Man,’ to the hordes of Richies at the SCG during the Australian summer, the cricketing landscape is littered with Richie-isms, quotes, anecdotes and tributes. Since the late ’70s, cricket-lovers have been blessed to listen to arguably Australia’s greatest sports broadcaster.
His knowledge and analytical outlook on the game, combined with his dry-witted humour, made listening to Benaud entertaining and informative. His death has seen tributes flow from players and commentators from across the globe. He will be remembered as a standout captain of Australia and the voice of cricket, here and abroad.

For me, Benaud’s catch phrase sums up the man who was, and always will be, the voice of cricket.
‘Marvellous.’

In the video below, current Australian cricketers, David Warner and Michael Clarke pay their tributes to Richie Benaud. Video courtesy of cricket.com.au