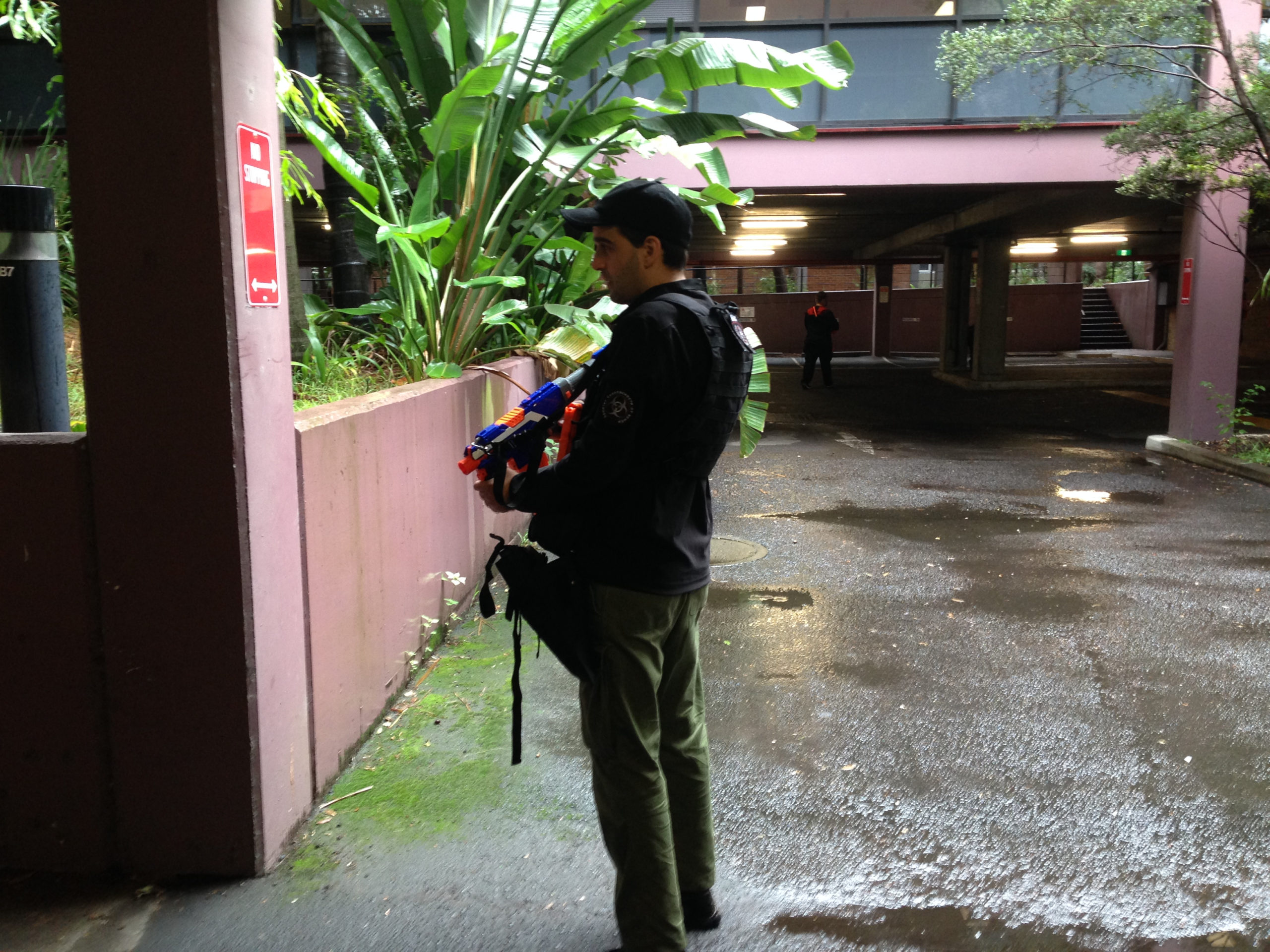 The Walking Dead were roaming the UOW campus on Saturday to raise money for polio prevention.

The Rotaract Club organised a game of ‘Humans v Zombies’ on campus as well as a bake sale and a sausage sizzle as part of the annual event.

Zachary Fitzpatrick was involved in organising the day.

“We raise money for charities on campus and we also direct charitable events like ‘Clean Up Australia Day’,” he said.

“The vast majority of our money goes to ending polio and malaria, RSPCA, Daffodil Day and Pink Ribbon Day. We do all of these things to give back to people.

“Humans v Zombies was run by a previous president of the club and has worked hard to hold the event on campus.

“In our first year we had about 80 people and now we have about 120. Today I believe we’ve raised about $2,300 which is going to be a fantastic contribution.”

The game featured two teams, the Humans, armed with plastic Nerf guns, and the Zombies, who have to tag the humans to turn them into zombies.

One of the ‘team human’ members, Luke, was excited about the event.

“I brought my nephew along and we did it last year and it was all sorts of fun, so we did it again this year,” he said.

“I’m just happy the money I paid to come and play goes to a good cause, polio research.”

UOWTV Multimedia reporter Olivia Harris also attended the event, and her day is chronicled in the video below.

The Rotaract Club organised the day to raise money for their primary campaign to ‘End Polio Now’. More details can be found www.endpolio.org.