Wollongong, Corrimal officially switch on to the NBN 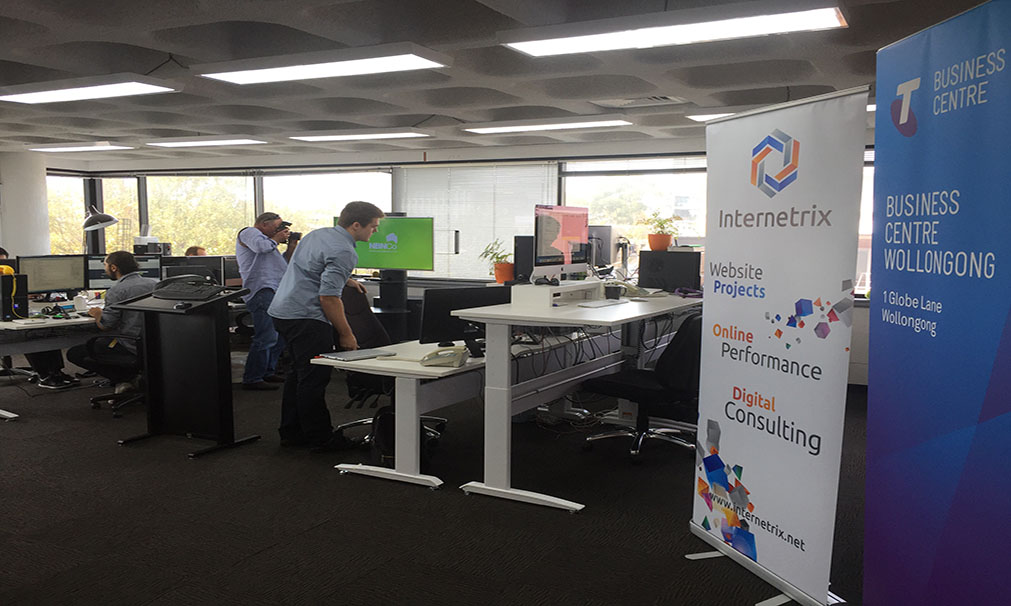 With a simple press of a button over 4,500 homes and businesses in Wollongong and Corrimal are now connected to the National Broadband Network.

The official switch-on event was held at Wollongong-based digital marketing agency Internetrix. The event was attended by local industry, community and government organisations.

NBN Co. said the Illawarra is now one of the most connected regions in the country, with more than 18,000 homes and businesses now able to access the service. The compay said the NBN allowed download speeds of more than 95 megabytes per second. It said this is an upgrade from the former 15 megabytes provided by ADSL2+.

NBN Co spokesman Darren Rudd said it was an historic day in the evolution of communication for the Illawarra.

“As local businesses continue to move away from traditional industries, access to the NBN has the potential to build a stronger ‘knowledge worker’ base and act as a key driver of productivity and economic growth,” Mr Rudd said.

“Our speeds have increased tenfold which means we are running at a more efficient rate and can send, receive and store data instantly across our offices,” Mr Rowan said.

City of Wollongong Lord Mayor Gordon Bradbery was grateful for the switch-on. He said it was key to the future growth and prosperity of the city.

“For Council, fast broadband is a vital piece of infrastructure that helps us achieve our community vision to become leaders in building an educated, creative and connected community,” Clr Bradbery said.

The NBN Co. said further construction was underway to expand the network to an additional 30,000 homes and businesses across the Illawarra.