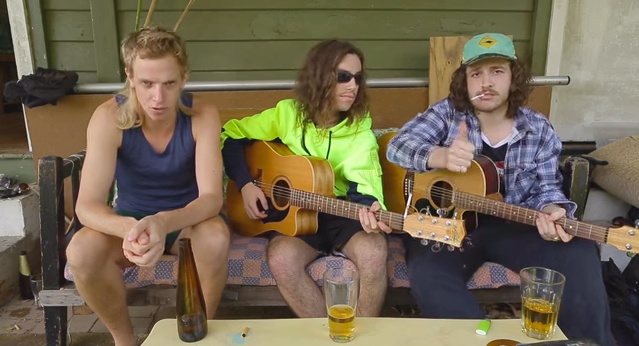 You may have seen him at a live comedy show or as a finalist in Triple J’s Raw Comedy competition, but what he is known best for is being a YouTube sensation.

Local funny man and former UOW student, Frenchy, 27, has gained a solid online following, with more than 145,000 subscribers on YouTube and over 68 million video views since his first offering in 2013 tickled many Illawarra residents.

Online hits on Frenchy’s cheeky videos about Wollongong life, the complexities of relationships and Tinder dating has seen him take off in the scene and now he’s kicking off this comedy season by repping the Gong at the Melbourne International Comedy Festival before Sydney shows at the end of the month.

The former high school PE teacher said he’s always been doing stand up, but since upping his online game, he’s getting more people to his live shows than ever before.

“Now [YouTube has] made it easier. I can sell quite well in whatever city I’m in and do it for a living,” Frenchy said.

While he enjoys the creative challenge of making videos for YouTube, he said nothing beats the rush of live performance and he believes it makes for a more skilled comedian.

“I got my skills doing the fireman spots where no-one knew me and you’ve just got to have great jokes,” he said.

“If I had done it the other way, got my fans and then started doing stand up, [my skills wouldn’t have been] as good because you’re doing jokes to people who know you and they’re on your side anyway. You can pretty much get away with whatever you want. I just think [YouTube] makes the transition [to live shows] easier.”

As more and more people take to YouTube as vloggers, the question is whether the art of comedy is getting lost online? Frenchy doesn’t think so.

“I know some [comedians] who think [online comedy] is ruining it. But that’s because they haven’t got their head around the YouTube thing either,” he said.

“I think it’s just easier for talented people to get seen. You don’t have to rely on a network and say ‘Please give me a chance. Give me a break.’ If you get known online and people like you online, often that translates into ‘I’ll come see you live’.” Frenchy is looking forward to a long future in comedy.

“I’m just going to cruise doing stand up for a few years. I’m always writing TV shows, so I’ll film a pilot and see how it goes,” he said.

“I’ll probably get into Hollywood, until I become washed up and get addicted to laser tag and disappear for a few years. Then I’ll come back, have a sex transformation and become one of the Kardashians.

Frenchy is performing shows in Melbourne and will be in the Sydney comedy festival at the end of the month, with shows in the UK later this year.