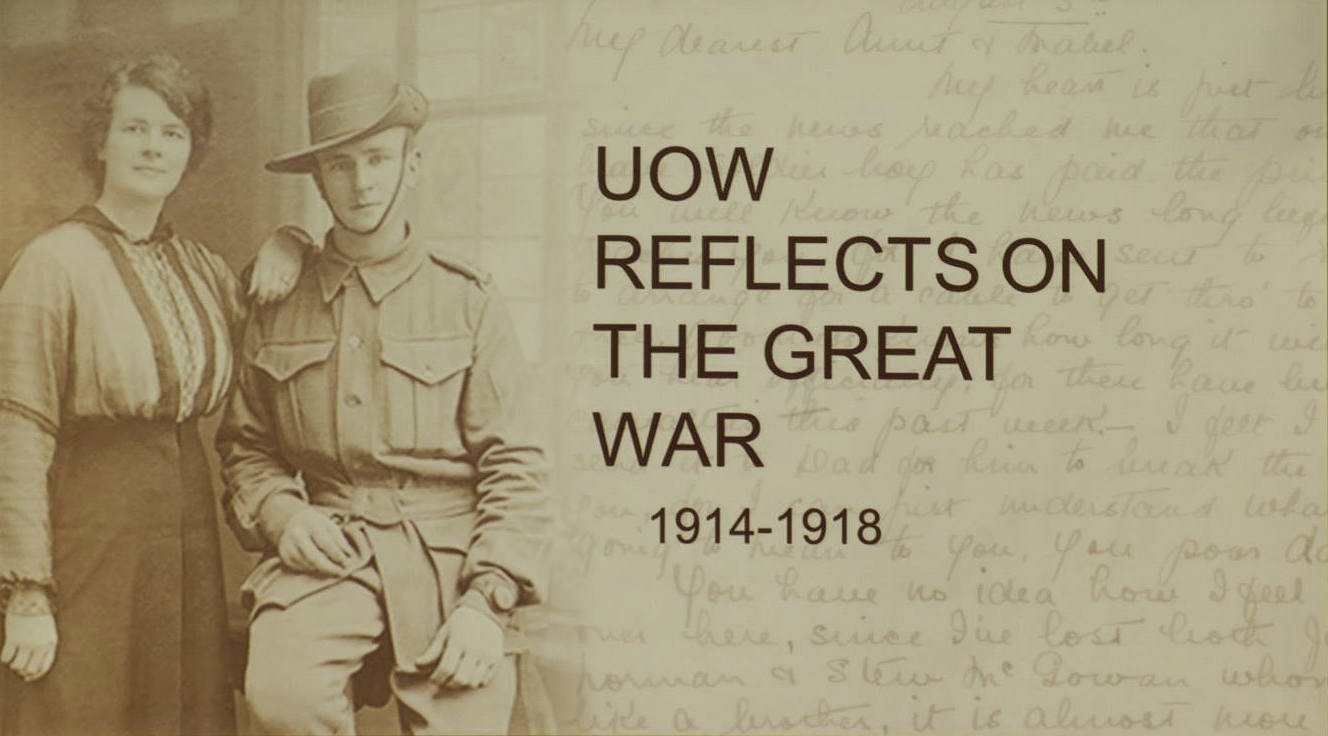 As Australia reflects on 100 years since the beginning of World War I, the country’s involvement in military activity is increasing, with 600 air and military personnel deployed in September to assist in the efforts against Islamic State.

And at the same time the UOW Library has held presentations and exhibitions on World War I and its impacts, the implications of the work of the Defence Materials Technology Centre (DMTC) at UOW could appear to be in conflict with this careful consideration of the “terrible cost” of war. However, this is not the case, argues Stephen van Duin, the DMTC Maritime Platforms Program Leader.

“Being a Defence Materials Technology Centre, defence is the key word. The projects that we’ve been working on are purely defence… The DMTC doesn’t develop weapons,” Mr van Duin said.

He explained that while the DMTC produces research and materials that are utilised by the Australian Defence Force, it does not have any say in how or where the final platform is used.

“We work in a context of it being defence, and the decision to how those materials or whatever is being used, like say a war vessel, the air warfare destroyer, the submarines, how they’re used is a political thing, and you’ve got to separate those two things out,” he said.

Rather than DMTC researchers and workers being in favour of conflict, van Duin suggests that the opposite is true.

“None of us, certainly, are for war, and many of us actually even have marched against war. But I think a country has the right to defend itself, and just like a policeman has been fitted with the correct body armour, and even weapons, to actually facilitate his job of being defensive, so are we trying to help Australia have the right tools to defend itself.

“You’re only as good as the threat that you’re trying to hold off. As soon as their capability becomes greater, then whatever defence acquisitions that you have become null and void,” he said.

Current projects being conducted by the DMTC at UOW include the production of materials that will be utilised in defence vessels.

“Things like developing new steels with our steel technology for things like the air warfare destroyer, which is the maritime vessel that’s being made at the moment in Australia… possibly we’re developing steel for the Future Submarine if it gets built in Australia,” he said.

These vessels can also be used for humanitarian projects, he says.

The materials produced through the DMTC are also not exclusively utilised by the Australian Defence Force. Van Duin suggested the steel being designed by the DMTC for use in submarines could also have other applications, such as the production of pipelines by Bluescope Steel.

“A submarine is a pipe at the end of the day,” he said.

Another consideration in light of recent conflict is whether the work of the DMTC holds any value to groups such as the Islamic State. While there may appear to be a risk that the research and findings of the DMTC could be copied for use by extremists and terrorists, van Duin stresses that the risk of their materials being taken advantage of is minimal, if not non-existent.

“The projects that we work with all have a controlled security around them, so there’s very little risk of any of the work that we’re doing, and most of the time it’s fundamental work anyway,” he said.

However, information and research on more sensitive projects such as the development of body armour and bulletproof vests could benefit those fighting against Australian troops. Gaining knowledge on how the materials that make up the armour can be penetrated or destroyed would be “the last thing you want,” says van Duin.

On reflecting on the wars and conflicts of the past, he says that the DMTC does take into consideration the effects and consequences of materials used previously.

“In the context of going back to any war, I think we are acutely aware of what technologies we’re developing, and we don’t have a single project which is ethically outside the bounds of what I think we would like to be working with,” he said.