Disposable income of under $400 per week? You are under the poverty line 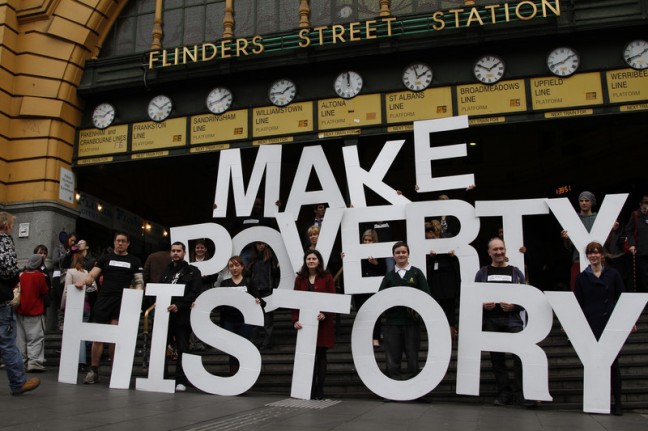 More than 2.5 million Australians are living under the poverty line, according to a recent report released by the Australian Council of Social Service (ACOSS).

That’s over 10 per cent of the population below the internationally accepted poverty line.

The OECD (Organisation for Economic Cooperation and Development) also uses the same poverty line, which equates to a ‘very austere living standard.’

So what is the poverty line?

According to the report, a single adult living with a disposable income of $400 per week is living below the line. This becomes higher for larger households to account for the increased expenses. Roughly it works out to be $841 per week for a couple with two children.

But poverty is highlighted by more than simply low income, it also is exhibited through other indicators of hardship, like whether people are able to afford basic essentials and whether they are unable to participate in society to their desired extent, due to financial stress.

ACOSS CEO Dr Cassandra Goldie is unimpressed with the amount of Australians still in poverty, especially considering the 20 years of economic growth.

“The risk of poverty is highest among people who rely mainly on social security payments for their income. The social security safety net is vital for people who lose their job, fall ill, have a disability, separate from their partner, or retire, yet this report shows that the system is not doing its job to prevent poverty among people who experience these common life events,” she said.

The main data used in the report is from the 2011-2012 Australian Bureau of Statistics Survey of Income and Housing (SIH), while the report itself was launched at the beginning of the 2014 Anti Poverty Week.

But who are the people most affected?

Almost half of the people reliant on social security payments lived below the poverty line, 55 per cent of Newstart Allowance recipients and 48% of people receiving a Disability Support Pension were classed as living below the line, which brings into question the efficiency of the Australian support systems.

“Poverty should not be inevitable in a country as rich as ours. It is our collective responsibility to build on our great wealth and ensure we fairly share the opportunities and include all our citizens,” said Dr Goldie.
[soundcloud url=”https://api.soundcloud.com/tracks/172390391″ params=”auto_play=false&hide_related=false&show_comments=true&show_user=true&show_reposts=false&visual=true” width=”100%” height=”450″ iframe=”true” /]