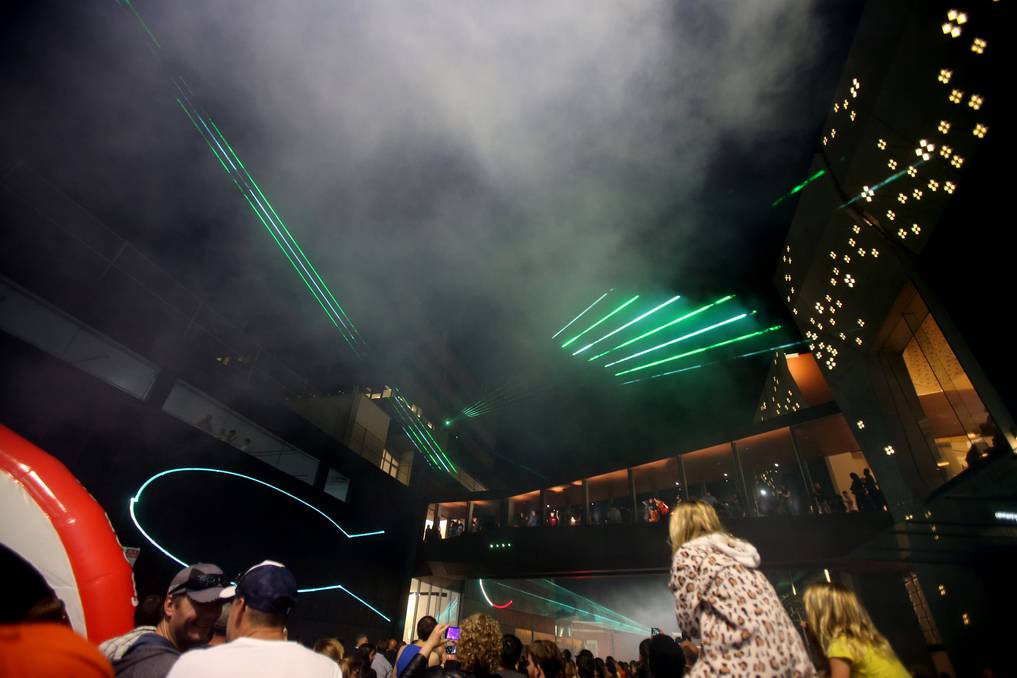 Well kids, we didn’t think we’d see the day the mall opened, after dodging orange cones and being shuffled through fencing for years, but yesterday the new Wollongong Central flung open its doors for the first day of trading. Good riddance to the construction chaos!

A giant slippery dip, teacup rides, a few snakes and crocodiles and a celebratory cake were thrown in the mix, to welcome thousands of eager shoppers ready to splurge on the new additions to the mall (hello Targét!)

My Kitchen Go Rules contestants were presenting cooking demonstrations outside Coles, while a Tai Chi session and Ukulele band provided some entertainment outside. Retailer’s mascots were aplenty and the ceremonial ribbon-cutting welcomed the cha-ching of cash registers, all building up to the DJ – fire twirling – laser and light show – extravaganza last night at 8pm. 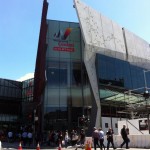 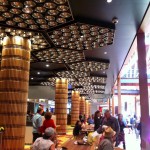 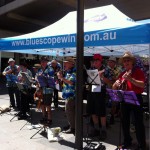 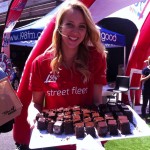 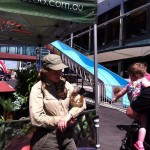 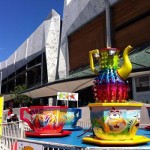 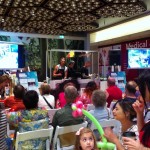 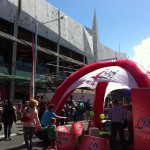 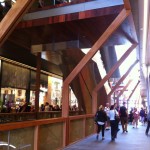 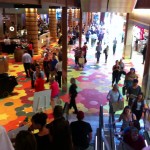 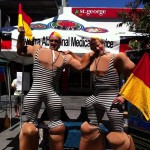 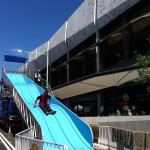 The new mall has provided an estimated 800 new retail jobs, a welcoming employment boost to the region. With 19,000 square metres of retail space, the mall features 752 steel blades framing the main entrance, hundreds of rolling pins and silver pasta strainers covering the walls and ceiling on the bottom food level, as well as bright floor tiles from Spain.

The mall is sadly still missing one shining light… Max Brenner. Its prominent front and centre position is still under construction – but sit tight chocoholics, hopefully not long until the bald man joins us.

See the construction time lapse from December 2011 here. What do we think? $200 million well spent?