In Focus: Childless by Choice 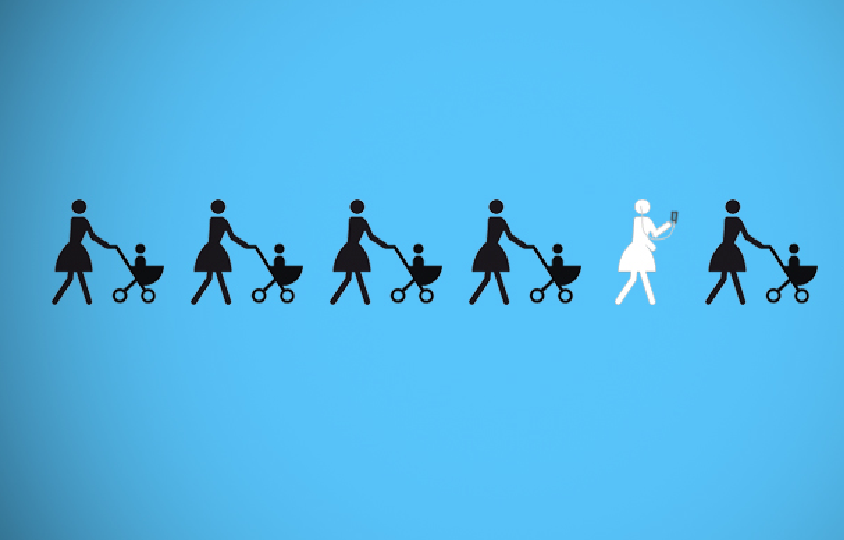 For some of us, teeny-tiny toes, sloppy chins, cute little knuckle dimples and endless peekaboos are all something we want, hopeful at the prospect of creating new life. But for others having a baby is not on the cards and, fertility struggles aside, that maternal instinct has just never been there. According to women who don’t want children, expressing it is met with a chorus of comments such as ‘you’ll change your mind’, or ‘you’ll feel differently when you meet the right person’, as well as being called selfish and having their womanhood challenged.

Jennifer Aniston was once again under fire for not having kids, and joins a host of celebrities defending their choice to be child-free. She recently asserted on The Today Show that she doesn’t feel like a failure and doesn’t need to become a mother to feel complete, “Y’know, I’ve birthed a lot of things. I feel like I’ve mothered many things. And I don’t think it’s fair to put that pressure on people.”

Channel Seven TV personality and columnist Shelly Horton has spoken openly about her choice to The Sydney Morning Herald and the ABC and famously said ‘Look, I like kids… I just couldn’t eat a whole one.’

Women are deciding at a younger age, or at least voicing their feelings at a younger age and finding it hard to get the message across that what they do with their womb doesn’t determine their worth.

Jessie Hunt, from the UOW Feminist Society says none of the careers she is considering accommodate for the appropriate environment for having a child. Whilst she has reduced fertility following an ovarian cyst as a teenager, other people seem more worried about it than her, as she can’t foresee children in her future.

“It certainly isn’t regarded as socially acceptable to say ‘I don’t want to have children’. That is something I definitely have noticed. If I say that at a family picnic, I don’t have many allies”.

Fashion Designer and Author, Bri Seeley recently opened up to the Huffington Post about her struggle to find a health professional that would take her request to be sterilised seriously. From the age of 24 she voiced her desire to not have children, and to pursue permanent prevention. Six years later, she found a gynaecologist who would allow her to undergo the procedure. Seeley asks why the medical community continued to deny her of her right to sterilisation, “My desire to not have children grew and grew with each passing visit”.

Madeline Sheehan, 21, says while she would need to think about sterilisation very seriously, she would undergo the procedure if she could afford it, while Emma Drury, 20, says she is 99% certain that she would never be given the procedure but would gladly have a hysterectomy.

“I have never wanted a child of my own. I find it incredibly disrespectful when people tell me that I will change or that I have to have one… My psychologist has even tried to tell me this. It is stressful and rude”, Emma says.

Wollongong Doctor Dimuthu Gamage said while he would refuse a patient under the age of 18 to be sterilised, his professional responsibility is over once he gives the correct information to his patient.

“I can’t lead my patient’s life. All I can do is give the best possible information that is up to date. Making choices is up to the patient. If she wants sterilisation, that’s fine”.

However Dr. Gamage warns that tubal ligation is possible but very difficult to reverse, while the chances of reversing the Essure procedure are near impossible.

“It is a once in a lifetime decision and change is so prevalent in our lives. That is the danger I see.”

Jessie Hunt says the UOW Feminist Society advocates that women are so much more than their reproductive capabilities and seeks to abolish the notion that motherhood is a “psychospiritual experience” that all women should have.

“When you are quite young, you start getting asked quite intensely what your plans are for having children because obviously that’s something that all women want, all the time”, she says sarcastically.

Hunt says women should be able to make long-term contraceptive choices, as dealing with a lifetime of pills, injections and hormones can have adverse side effects such as mood, weight and acne, which greatly interfere with women’s lives.

“A lot of women’s assertions that they don’t want children and that they would like to be sterilised are disregarded when they really shouldn’t be.”