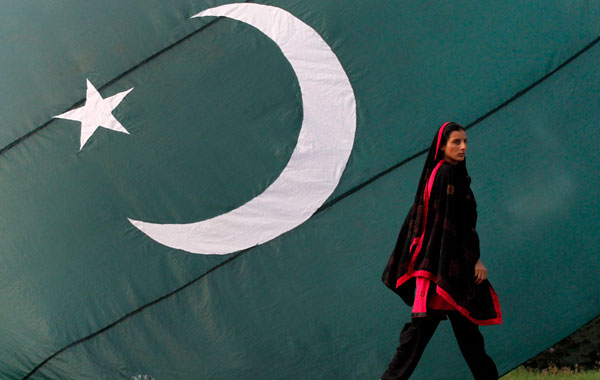 Each of us knows or at least has an idea of what the fight for gender equality is about, but for Ayesha Hasan, her fight is a world away.

Ms Hasan, who is a journalist and a PhD candidate at the University of Wollongong, delivered a talk about gender inequality in her native Pakistan at the Feminist Society’s Free School last Wednesday.

During her talk, she outlined the obstacles the women of Pakistan face in their daily lives. These include but are not limited to the threat of sexual violence, physical mutilation, acid attacks and vulnerability to being used as bartering objects.

Since arriving here four months ago, Ms Hasan has noticed a difference in the state of gender equality between Pakistan and Australia.

“Every day when I go out and I talk to people, I feel how different a world it is when it comes to human rights,” Ms Hasan said.

She also highlighted facial mutilation as a significant problem for women in Pakistan, with noses being a notable target.

“In Pakistan, a nose symbolises your pride. Just to bring a woman down, [men] chop [it] off. [Some] men don’t want them to live as happy, independent women,” she said.

She said her work as a journalist has allowed her to come out and speak about the experiences of women in her home country. She has done so through numerous publications, including the Express Tribune, an international partner of The New York Times.

“We have the power of the pen, people might find us silly and offensive but we’re luckier than our grandmothers,” she said.

“I feel for women back home. All I can do is write about them.”

Ayesha Hasan, journalist and PhD candidate at the University of Wollongong.

What are some of the challenges you face reporting in Pakistan?

“As a journalist, the first thing that I’ve noticed is the access to information. It’s very difficult to get – unlike here. I’ve noticed [that] people are really accessible, including people in government. In Pakistan, it might be a very small thing, people are available but they just don’t feel satisfied unless they have turned down your calls at least twice.

“I think the thing is we need to travel to different countries. Whatever I tell you about working as a journalist from Pakistan, it wouldn’t help that much unless you have visited the place yourself. We have had journalists writing about the Syrian war and the Gaza and Palestine conflict. The first thing [I do] as a reader is question, have they been there? How can they even comment [on a place they have never been]? As an aspiring journalist or young journalist, our exposure is limited when we don’t travel. So we need to muster up our courage and just network because you know, journalism is one job which really needs networking.

Once you’ve developed that network is when you can really work on anything. This is how freelance journalists and foreign correspondents work. I believe it’s really important. I believe universities [should make sure that] journalism students are given an opportunity for exchange, to visit. They should get in touch with as many research institutes [as possible] so that students can travel on fellowships because you know, being a student, it is really hard to cover your costs for travelling and accommodation.

There are a lot of organisations that support students who want to travel and I believe it’s the very first step. They should be keen to get into those fellowships. This is when they’ll develop a strong platform to be able to authenticate what they write in the future. What’s a journalist if he or she hasn’t travelled the world? The best part of being a journalist is that you get to see the world and that is when you can really comment on things. We might not be the richest people in the world but we are definitely the most satisfied people in the world.”

“Focusing on very specific and very limited topics in the very first years of your education or the very first years of your career will actually just impede learning. They shouldn’t just read the people who are famous because it’s not only the famous journalists who write the best stuff. Reading is really important because that’s what will give us inspiration and as students who are still learning, we always have ideals [we aspire to] but we should not just stick to their way of writing, you know?

It’s like experimenting. So reading is very important. As a Pakistani journalist, I read an Australian paper every day, an American paper, an Indian and a Pakistani. That’s not because I have specific inclinations towards these countries but I think, because of course being a Pakistani, to know what my country is going through. India is very important because it is a very important neighbour that we have. So that’s the demographic needs of my information [being fulfilled]. America is really influential on our politics and Australia because I’m living here and I need to know. I believe students should not just limit themselves to reading their local newspapers but they should read international journalism. The more they read, the better writers they will become and the better commentators they will become.

They should just start freelancing from the very first day. It’s not about who they write for. The more they write, the more mature they will become in their content. Whatever they choose to write because at the end of the day, you just can’t write about everything in the world. You have to choose a specific genre for yourself so that you are known for it. That can be war or that can be health or that can be lifestyle and arts.”