UOW student one of 30 to receive national Oxfam grants 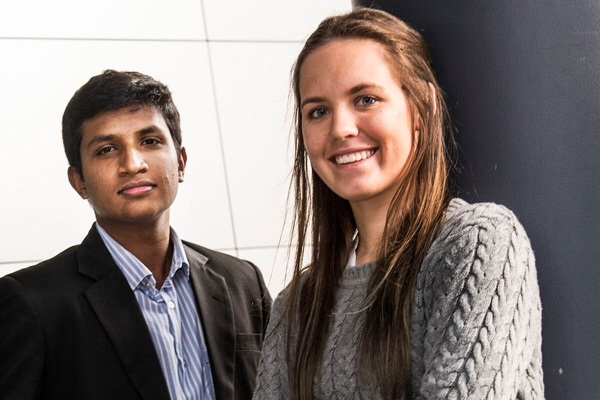 Over the past few years, Oxfam has supported a variety of programs that offer grants to Aboriginal and Torres Strait Islander youth to encourage active citizenship.

But a trend began to occur with these programs – the same people were applying and receiving the grants, so they were failing to have a wider reach. Oxfam designed the ChangeCourse youth leadership program to equip young Indigenous leaders with the skills to proactively change their communities, and to reach the communities it was missing in previous programs.

Of the 30 successful applicants this year, 19-year-old UOW student Marlee Silva was one of the first accepted.

Marlee, who studies journalism and creative writing, is in her second session of university. However, recognition like this isn’t new for her. She recently returned from the 33Fifty Commonwealth Youth Leadership Programme in Glasgow, a global leadership initiative for people under 25, where she met Prince Charles.

“I was really nervous beforehand,” Marlee said. “Because we’d had these security people telling us all these rules, I was like: ‘Oh my god, I’m going to make a wrong move and get tackled, and end up on the front page of the paper for trying to attack Prince Charles’, he was surprisingly really funny.”

The trip to Glasgow for the Youth Leadership Programme inspired Marlee to apply to Oxfam, after she learned and explored the concept of ‘cultural intelligence’.

“It’s basically the idea that if you can be more culturally aware in yourself and others then it will make for a more peaceful environment in terms of difference exchange, personal exchange or humanitarian exchange, so that is where I drew the idea for my change course application,” Marlee said.

The finer details of Marlee’s unique program will be worked out in November, where the 30 young Indigenous youths will travel to Adelaide to receive leadership training, mentoring and one-off grants so they may return home and actively effect change in their communities.

Marlee hopes her work will lead to greater cultural intelligence amongst Indigenous and non-Indigenous youths in Australia.

“I want people to feel more interested in their own traditions and culture, so that they will take more of an interest in other people’s cultures, that’s the whole cultural intelligence idea. It comes down to empathy,” she said.

With a more accepting culture, Marlee believes Australia can begin to combat some of the greater issues facing Aboriginal and Torres Strait Islander communities, such as lower life expectancy and poorer education.

“The one that cuts me the deepest is our rates of finishing high school, especially in rural communities. When I look at my own family all my siblings go to university and do amazing things, I just want that on a wider scale,” Marlee said.

Marlee’s says her ambitious nature comes from her father Rodney Silva, a former NRL star turned police sergeant, who has been a positive influence on the Indigenous community for almost four decades.

“I think my passion when it comes to Indigenous issues comes from my dad,” she said.

“He’s an important figure in the Indigenous community, he played rugby league professionally for the Roosters for seven years, then the Bulldogs for seven years, and now he’s a twenty year veteran sergeant in the NSW police force, so he’s my inspiration and my main goal is just to exceed the mild celebrity that he once had.

“In terms of the general attitude of the population we’re on the right track,” but having experienced cultural ignorance first hand, the idea of a more educated and culturally tolerant Australia is something Marlee believes in fighting for.

“I got sick of people saying: ‘You’re Aboriginal, does that mean you believe in the Dreamtime?’ Or even: ‘I know someone who’s Aboriginal, do you know them?’ I think people could definitely be more sensitive.”