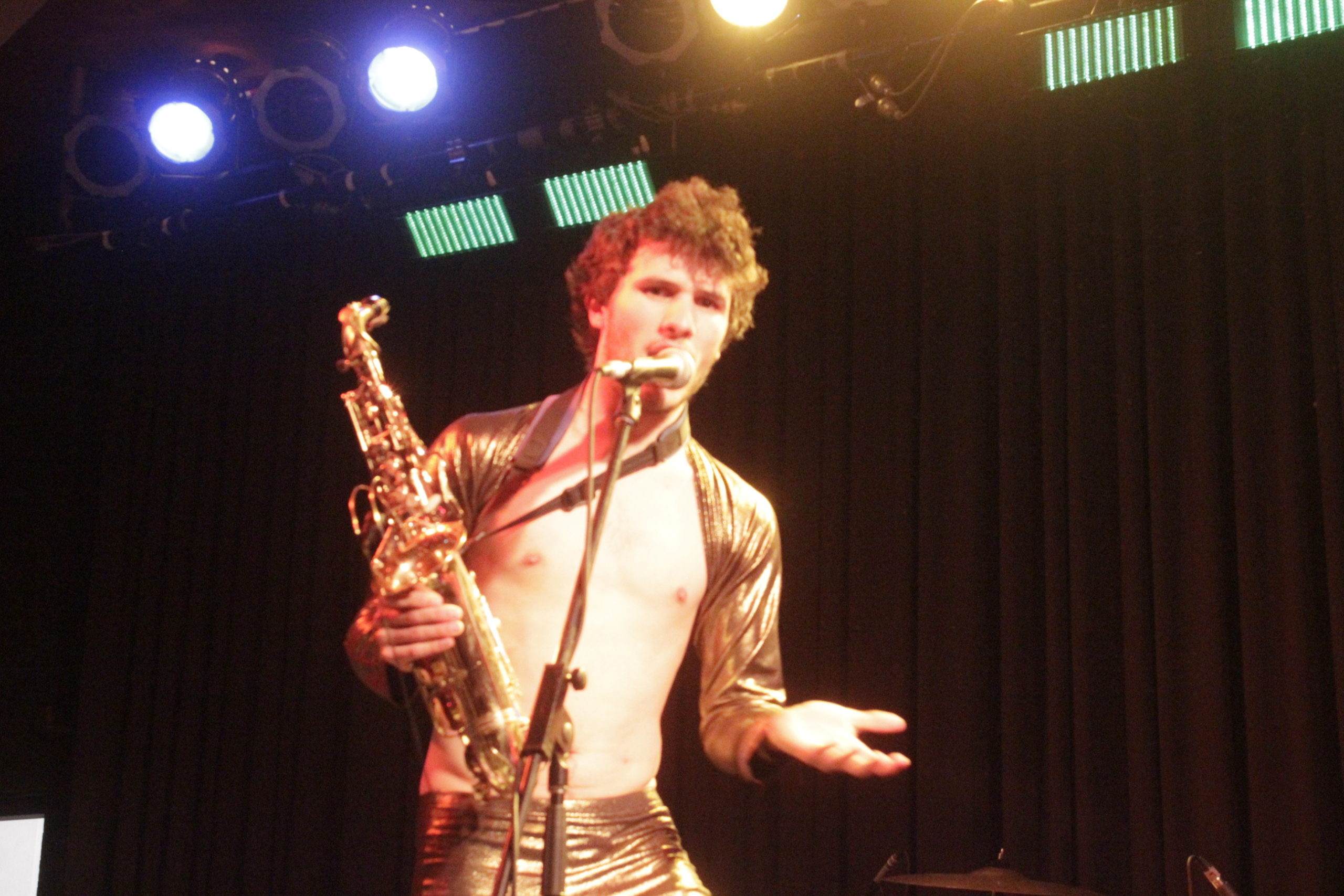 The UOW leg of the National Campus Band Competition came to a close on Thursday, producing some of the biggest and best sets of the entire competition. MC’d by UOWTV Multimedia’s own Sarah Navin, the night was thoroughly entertaining and ultimately quite impressive.

Winners of the Repechage wildcard round We Came For Dinosaurs kicked things off with almost a carbon copy of their set last week, not that that’s a bad thing. Georgia Broderick’s voice was on par, and originals Chasing Time and Home pleased the enormous crowd that had turned up just to see the three-piece.

We Came For Dinosaurs

Basil’s Kite are no stranger to the UOW band comp having made the final last year too, and the jazz punk outfit held nothing back in their attempt to take out the title and advance to the state rounds. Dressed in Iron Man onesies, gold tights that left nothing to the imagination, and some plainer pyjamas the boys borrowed from Gwen Stefani and reimagined the tune with the questionable lyric “this shit is bananas, B A N A N A S, I shit my pyjamas, P Y J A M A S.”
Ultimately they were incredibly fun, blasting silly string from the stage. With their stage antics and energy in mind, instrumentally they were remarkably tight, from saxophone to drums. The set ended with an unsuccessful stage dive similar to Jack Black’s at the start of School of Rock.

El Grande produced an incredibly full sound for a two piece, mostly due to the diverse guitar of James Vann. The voices of the guys are strangely similar, almost interchangeable, similar to Sean Heathcliff of Snakadaktal (RIP) or fellow Wollongong product Sam Lathlean. The long haired crooners had approval of the female crowd portion before they had played a note, but they won the guys over pretty quickly, and looked a strong chance for the title. Mostly cruisey blues-indie rock tunes about pretty girls and getting in trouble, the duo are very much in the mould of a Triple J friendly band, and are ready at the present to go straight into recording and touring.

Rivet City boasted a viola amongst their onstage presence, lead singer/guitarist Jack Anderson thrashed around like the front man of a band headlining Soundwave whilst belting out pleasant indie-folk tunes, which made for a somewhat humorous spectacle. They were solid, despite a miscue or two, but didn’t exactly capture the audiences imagination the way Basils Kite did, or final act Chuparosa would.

As mentioned, Chuparosa were a huge hit with the audience, every other band had the crowd divided into a section of people who came to see them, and a section politely enjoying them anyway, there was no such separation for Chuparosa, although playing last would have helped.

With eight members the stage and the room felt full, vocalist Tay Plain had the smooth voice and charisma to front a band that genre hopped between reggae, hip hop, jazz and rock. Plain expertly shifted the focus off himself as the front man introduced his band mates as they jammed out with solos or in the case of keyboard player Mark Rozab Meleisea, spit some seriously fast rhymes. Of the five bands they seemed the furthest from a band competing and the closest to professionals playing a headline gig.They closed their set by wave a skull and crossbones flag over the crowd whilst playing the theme to Pirates Of The Caribbean, a dirty trick, but very well done.

Chuparosa deservedly took first place, winning a recording package worth $3000 and a chance to take part in the state finals at Manning Bar later this year.
El Grande were runners-up and Basils Kite came in third. As the band comp comes to an end, many of the fantastic displays come to mind, but none is more pleasing or more encouraging than the showcase of immense talent that is stored in Wollongong’s ranks, meaning next year is sure to be even better.