Warehouse parties on the rise: Young people look for alternatives to clubbing 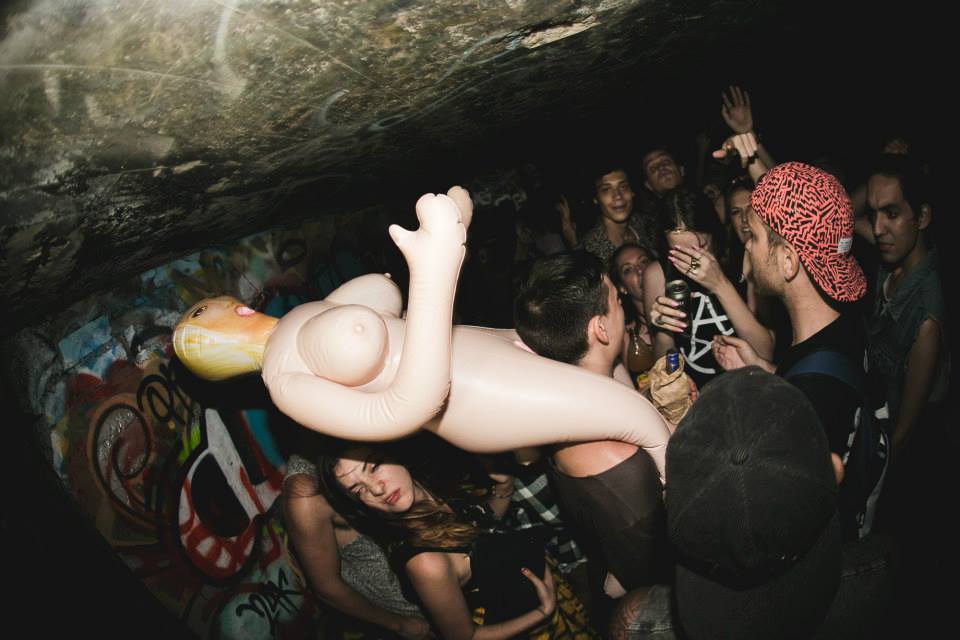 F.O.M.O – the ‘fear of missing out’ for those who don’t keep tabs on the trending sayings and abbreviations of this generation- is greatly associated with nightlife and partying.

The mighty nightclubbing industry of New South Wales- the throne residing somewhere between the CBD and Kings Cross- has indefinitely been affected by the New South Wales government’s new restrictions on Sydney’s nightlife, set in place earlier this year (that tends to go without saying). But it has also found itself some competition in the form of warehouse and alternative venue parties that have been popping up throughout the state.

The hunger to attend secret, exclusive and alternative parties – whether they’re held in industrial warehouses or illegal abandoned structures – is not exactly a new concept (F.O.M.O is rich with history), but in the last year, venturing to these parties has become a regular for Sydney and Wollongong’s 18 – 25 year old population.

Aaron Celarc, 28, is a builder by trade, but is also the front man behind one of the biggest warehouse party collectives in Sydney, ‘Nothing’, who have just celebrated their first birthday over the weekend.

“When we started, we had no great expectations of how far it would go. We started the event to play and showcase the music we love, people seemed to enjoy it so we kept throwing parties. We are extremely happy with the success it has had so far” explains Celarc.

Going against most marketing styles, Celarc and his team take a far more minimal approach to promotion; spreading news of their parties by word-of-mouth, and releasing location information at the last minute. Celarc says, “We have generally always just used this style of promotion… It’s always something in the back of your mind. We always hope we get a great turnout, and so far all of our parties have exceeded our expectations.”

But the question of why our age bracket is so intrigued by the concept of these alternative and certainly underground parties is still at hand.

Daniel De Bonis, 21, works in insurance throughout the week but is an avid attendee of Sydney based warehouse parties. He says, “The crowds that go along are so chill and everyone is there for a good time – unlike in the city where sometimes you get clashing crowds that can result in violence; I find at these warehouse parties everyone is on the same level and just happy.”

“There isn’t that much security, but no one ever starts fights. Not that I have seen anyway. Which again proves how good the crowd is at these types of parties”.

“People are just always keen to try something different and new,” says Aaron Celarc, “And I think there is generally a better atmosphere to party in. There are fewer restrictions and no lockouts. People can party for as long as they want to, not when someone tells them to stop.”

Image courtesy of Nothing? and Backyard Opera

Matt Pilkington, 25, is the booking manager and executive promoter of ‘Cakes’ at the World Bar in Kings Cross. Despite the possibility of losing attendees to warehouse parties, Pilkington says “they’re a great alternative for those who are unable to experience particular opportunities due to the lockouts. Particularly in our scene there are a lot of great producers out there who aren’t afforded the opportunities to play their music to people due to the restricted operating hours.”

“Whether it is directly or indirectly, I don’t think there is one business in Kings Cross that hasn’t been negatively affected by all of this. It’s almost had a snowball effect. Restaurants, convenience stores and ultimately the late night culture have all suffered.”

Pilkington, who says he has seen no more and no less violence since the enforcement of the Kings Cross and CBD lockouts does believe that safety and security may become an issue for warehouse parties as the crowds grow in size.

Crowd shot from ‘Nothing?’ – Courtesy of Nothing? and Backyard Opera

“For as many great warehouse operators as there are out there, there are just as many who don’t take the necessary measures to ensure the safety of the crowd. Warehouse parties aren’t exactly a new thing but with the increasing trend and perceived need for them there is a much greater risk of them being shut down.”

Despite the boom in these alternative and sometimes illegal parties and the tight restrictions set upon clubbing in New South Wales, Pilkington has hope for the Sydney clubbing industry’s future, admitting he is: “pretty committed to working in this industry.”

“I don’t see myself doing anything else any time soon and for that reason I need to remain hopeful that eventually the powers that be will come to realise the negative economical and cultural impact these laws bring.”