Why the Chinese won’t streak

What makes the Eastern and Western worlds so different? According to Alice Mathews you can find out when you compare attitudes to streaking, nursing homes and failing maths tests.

It wouldn’t happen in China.

I’m not being racist – maybe it’s better to say that going streaking through a nursing home after failing a maths exam is less likely to happen in China. Or so the studies suggest. Western and Eastern cultures are fundamentally different. Streaking, nursing homes and failing maths exams can help us understand why.

Allow me to explain:

It’s not uncommon to see a streaker during the half-time break at a footy game here in Australia, but how often do you see a streaker at a World Championship Ping Pong tournament held in Beijing?

The first 10 pages of results for ‘streaker’ on Youtube are filled with brave souls at NFL, AFL and Rugby games, a Snooker tournament, a horse race and a puppy show. One particularly unattentive streaker sprinted head-on into a glass window – a personal favourite.  However, of the 230 birthday suit runners only one video was someone with their kit off in the East (at a Hong Kong 7’s Rugby Tournament).

The reason? Perhaps the 2,000 year-old Confucian concept of shame.

There are around 160 million Confucians in the world, most of them in China, and Confucianism puts shame down to a science. There are different types depending on the strength of the feeling, though ‘Dui Lian’ – literally ‘loss of face’ – is perhaps the most important element of shame. It’s the kind of notion that turns a society into a courtroom, where each member is under the judging eye of the other.

Pick the odd one out:

This was China’s register of psychiatric disorders, and it was only in 2001 that homosexuality was removed from the list. Their community orientation meant that if society saw it as an abnormality, then so should you.

Andrew Wang feels he had it a lot easier living in Australia when he came out. His parents inherited the idea of Dui Lian straight from the source, coming from Guangzhou, China, and when Andrew’s mother found out that he was gay in 2008, shame lead her reaction.

‘She said it’s shameful,’ Andrew recalls, ‘How would she ever show her face among her friends?’ Andrew rolls his eyes theatrically as he continues to explain that everything in Chinese culture comes down to face and shame, that his mother feared people would think he was an abomination and that they would think she was a bad mother.

‘But all her friends know and think I’m awesome,’ Andrew laughs as I catch him humming a line from Lady Gaga’s Poker Face.

Although it was hard for him to hear his mum say ‘I will never accept you the way are you right now’, he knew enough to know she did not mean it. Andrew smiles as he tells me his mum loves his current partner. The culture here rubbed off on his parents a little, though he believes they would have reacted the same way no matter where they were. Andrew says living in China as a gay man would be much harder for him; disapproval would be the sentence from the courtroom of collectivism.

And returning to the original point – thanks to this same concept of shame, there are fewer streakers in China. 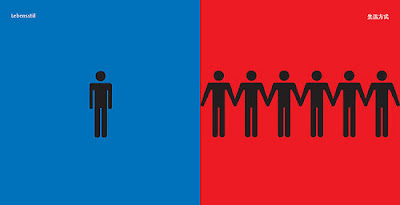 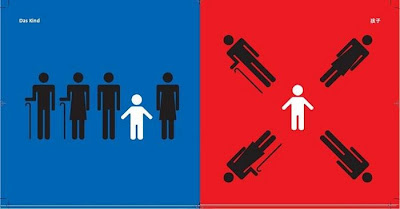 Eastern and Western comparisons on lifestyle and the child (Link).

The Harbin bureau of statistics found that out of the 1,000 senior citizens they surveyed, 85% said would choose to stay home with families. Just 1.8% of China’s elderly population would fill all the beds in all the nursing homes of China – Western countries triple this percentage.

Why? The honourable notion of filial piety.

In traditional China, punishment for crimes like murder was not only taken out on the individual, but on their relatives as well. Your family is your ‘greater self’ and along with shame and face, another thing that tops the priority list is ‘filial piety’.  The idea is that you are born in debt to your parents, so you owe them the utmost respect. Perhaps unlike some young Westerners, children recognise the hard work that their parents do for them and in the end reciprocate it.

Dan Xie grew up in China under the ‘One-Child Policy’ and now studies accounting in Wollongong. She hopes that when her parents get older, they will live with her back in China.

“I want them to come with me, to take care of them, to pay them return for what they gave me. I think this is very important for me, and for other Chinese students,” she says.

Both Dan and Andrew have experienced Eastern and Western mindsets. Andrew sees the main difference between the two as this:

“Western parents believe in kids learning stuff for themselves – they can grow and learn from their own mistakes. You should go out, do your own thing, make your own mistakes and  make your own path in the world; whereas Asian parents try to guide you the entire way. They never want to let you go and they want to hold onto you forever.”

Because of this nursing homes are less commonplace in the East (and thus there are less opportunities for a streaker who has failed a maths exam to go running through one).

Last year, James Ruse High School topped NSW in the HSC for the 16th consecutive year; it’s a selective school whose make-up is about 97% Asian. Second-generation migrants comprise nearly 80% of places offered at the top 10 selective high schools in NSW.

This is because of a diligent approach to education.

As Amy Chua outlines in her controversial memoir Battle Hymn of the Tiger Mother, a study of 50 Western mothers and 48 Chinese immigrant mothers found a big fat 0% of Chinese mothers agreed ‘stressing academic importance is not good for your children’, and ‘parents need to foster the idea that learning is fun’. The Chinese ‘tiger mothers’ believed that academic success reflected successful parenting.

‘Every other Chinese student cringed when I said I’m dropping to general maths,’ says Andrew, content with his career choice in musical theatre.

You can bet that those kids’ mothers cringed too.

Dan on the other hand did not drop maths. Growing up in China, she was not compared to siblings but to classmates and her parents, like every other student’s parents in her town, wanted her to be the best in the class.

‘If you are not the top student, maybe you don’t work hard enough-’ Dan repeats, ‘This is what [my parents] tell me.’ She describes uni entrance exams as the most stressful time she can remember, and her classmates felt the same way. Dan was scared to fail. She knew her parents worked hard for her and didn’t want to let them down. They had told her: ‘If you don’t work hard – we won’t love you.’ Surprisingly, she giggles when she says this, and looks around the library while she searches for words to explain that this was not as harsh as it seems.

Dan was never scared that her parents would stop loving her. She knew it was a way to push her to study. She knew that like any parents, hers were just setting her up for the future and teaching her good work skills.

Despite having ‘strict’ parents, Andrew and Dan still discovered their own inner happiness and both admit to having grown thick skin thanks to their parents. Something about the ‘tiger mum’ method must be effective – the academic results speak for themselves; the top students in NSW are Chinese, then followed by Vietnamese and Koreans.

So I guess they are less likely to fail a maths exam.

Streaking through a nursing home after failing a maths exam

A sense of humour, self-confidence, consideration of others, health, independence in thinking, initiative, sense of beauty, curiosity, openness to ideas of others. These are the most desirable behaviours of children perceived by American parents in a study conducted by psychologist Louise Bachtold.

Why? Because that’s just how we are here in the West – individualist, waiting for the birds to leave the nest.

We consider ourselves independent individuals, not as a part of a collectivist culture like China. Of course, not all our differences come down to a single idea, study or world view, and a few examples can’t speak for entire masses. But let me introduce you to Hayley.

Hayley McPherson is a 22-year-old public servant from Canberra. Her parents were both born and bred in Australia. Hayley grew up with a natural disposition of self-confidence and strong will, as well as an overwhelming sense of beauty which she transferred to canvas.

Growing up, Hayley saw her relationship with her mum as a balance between a friend and a mother.  She never felt pressured; her parents didn’t necessarily want her to be the best, but rather to try her best.

‘Which I didn’t do,’ she laughs and taps her chest twice, ‘My parents were more interested in whether I was a good person.’ For her, putting in the effort was something she learned with maturity.

And on the final day of Year 12 exams, Hayley streaked in front of her entire school.

She left her clothes (and shame) on the other side of the wall and wearing nothing but the ‘Western’ values of freedom, autonomy, individual liberty and a pair of Nike runners, she sprinted 100 metres across an oval full of watching students.

The last box was (thankfully) left unchecked – Hayley’s grandparents are not in nursing homes, and no, she hasn’t run naked past a bunch of geriatrics.  But let’s face it, had there been an old people’s home next door to her school that fateful day-

Streaking through a nursing home after failing a maths exam would have been a viable option.